Austria announces it will not take in any more Afghans 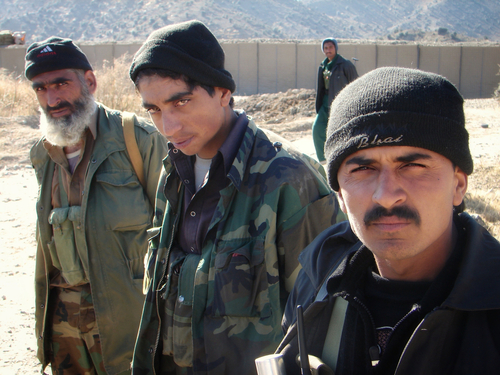 Brussels (Brussels Morning) Austrian Chancellor Sebastian Kurz has announced that the country will not take in any more Afghan refugees.

Austria welcomed more than 1% of its population in migrants in 2015 and 2016, and is home to more than 40,000 Afghan former refugees, second only to Germany in terms of  EU member states, according to Reuters reporting on Sunday.

“I am clearly opposed to us now voluntarily taking in more people and that will not happen during my chancellorship,” Kurz stressed in an interview with Puls 24 TV on Sunday.

Besides taking in a disproportionately large number of migrants, Austria is not a NATO member and sent only 16 troops to advise and train security forces in Afghanistan as part of the Resolute Support Mission.

‘Afghans should stay in region’

Kurz expressed his belief that Afghans should stay in the region and pointed out that neighbouring Uzbekistan and Turkmenistan took in only 13 and 14 Afghan refugees respectively.

French President Emmanuel Macron stressed earlier this month that “Europe alone cannot shoulder the consequences” of the Taliban takeover of Afghanistan, adding that the EU “must anticipate and protect ourselves against significant irregular migratory flows,” according to France24 reporting on Saturday.

Armin Laschet, Leader of the German Christian Democratic Union and candidate to succeed Chancellor Angela Merkel, whose migration policies he supported in 2015, warned earlier this month that the EU must not allow a repeat of the 2015 migration crisis.

European Commission President Ursula von der Leyen visited an evacuee reception centre in Spain on Saturday, stressing that “resettlement of vulnerable people is of utmost importance” and “a moral duty.”