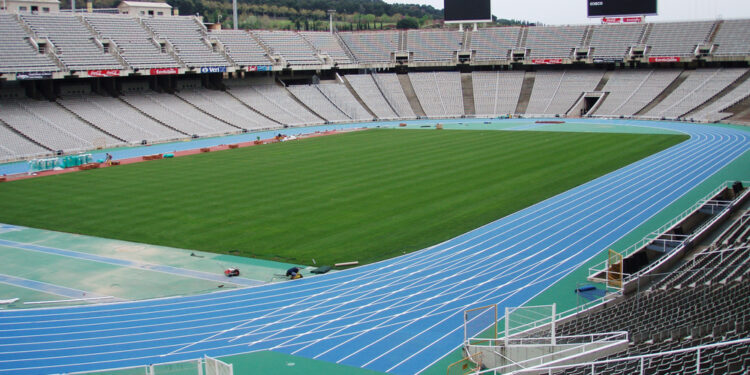 Brussels, (Brussels Morning)-  Daring Athletic Club Molenbeek (DACM) in the Sippelberg sports complex will soon have to share its field with football club RWDM. This creates tensions between the parties involved. The Dutch-speaking and French-speaking sports organisations that use the site fear serious consequences. Aldermen of Sport, Jamal Azaoum, puts it into perspective. “They still have plenty of time. But javelin and shot put are less popular with young people.”

This is not going well for sports associations ATLEMO (NL) and Daring Athletic Club Molenbeek. They have been using the site for thirty years and fear that the arrival of RWDM will leave less room for their own athletes. “This decision has a huge impact, more than half of the disciplines could no longer be practised by our young people. Athletics is more than just walking around a track”, says Maarten Dejonghe, chairman of ATLEMO.

Although the athletic clubs have no problem sharing the grounds, they fear that RWDM will prohibit them from using the field.

Sports such as discus or javelin throwing could no longer be practised due to the arrival of the club. For that they would have to go to a different location, which according to the presidents of the clubs is absurd. “We cannot sacrifice thousands of young people for twenty football players, can we? Our places were already limited, but this only exacerbates the problem,” says DACM chairman David Van Vlaenderen.

The two athletics tracks are owned by the municipality of Molenbeek, which rents them out to the two non-profit organisations ATLEMO and the Association des Clubs de Sports de Molenbeek. With the renaissance of Molenbeek football, Azaoum wants to put the sport in the spotlight again. “The three clubs ASA Molenbeek, RWDM Girls and Jeunesse Molenbeek did not have enough space, with this deal the clubs gained access to new infrastructures,” said Azaoum.

Jeunesse Molenbeek and RWDM already shared the same field in the past. With this plan, the ships want to gather the amateur clubs again and give the professional club RWDM its own training field.

RWDM should only use the field between 8am-12pm and between 1pm-4pm, which according to the ships gives the young athletes more than enough time to practise their sport. “Javelin and shot put are also less popular with the young. That is why I also want to make way for football”, says Azaoum.

RWDM would also invest in the renovation of the field. “I see it as a win-win situation. There is not enough space for all football teams in Molenbeek, this is more space for RWDM and in return the young people get a better field,” explains alderman Azaoum.

A meeting of the city council will take place on Wednesday evening to discuss the future of the complex.