At least four Brussels cinemas will remain open on Sunday 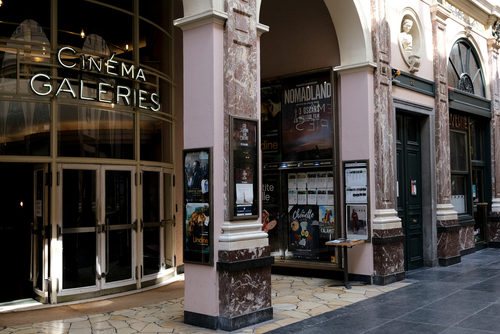 Exterior view of closed cinema in center of Brussels, Belgium on June 10, 2021.

Brussels (Brussels Morning) At the same time, in Brussels, at least four cinemas have already announced on Thursday that they will not remain closed on Sunday, as the government has imposed on them. Some Walloon cinemas also announced that they do not understand why they have to close if Christmas markets and cafes can remain open and when the experts did not ask for this either.

“Confidence has been broken”, say Cinéma Galeries, Cinéma Palace, Kinograph and Vendôme in a joint position with the cinemas Quai 10 et Grignoux from Liège, Namur & Charleroi. The independent cinemas hope that others will join them.

They believe that they are faced with a measure that they no longer understand, with a choice that is not justified by anything. At the same time, they are also convinced and strengthened by numerous studies to offer their public a healthy and safe environment and by the views of experts who also support this decision. As a result of this, they have decided to remain open after December 26.

White Cinema in the Docks shopping center has not yet made the decision. One of their employees told Bruzz that if they were alone in a building, they would stay open. However, if they are in a shopping center then they will also have to consider the possible consequences for the other stores.

The participating cinemas are currently busy contacting well-known names from the Belgian film world, to ask them to come and offer moral support on Sunday.

Noëmie Meert, the spokeswoman for Cinéma Palace, does not yet know what the possible consequences of this civil disobedience could be. “We don’t think the police will show up, but we are not sure that we can really open the doors on Sunday. We do think we may be fined.”

Like the other cinemas, Meert also hopes for massive support from the public. They claim that they have already received a lot of emails of support over the past few days. It’s also very busy in the cinema today. There are many people who have even bought tickets for several shows over the next few days, of all the movies they still wanted to see. A BRUZZ reporter also noticed an extremely long line at UGC De Brouckère earlier Thursday.

“We urge the political authorities to reverse this inadequate decision,” say the rebellious arthouse cinemas. “For more than 80 years, it has been our job to bring light into the darkness. So we continue to receive our audience in all safety in our cinemas.”