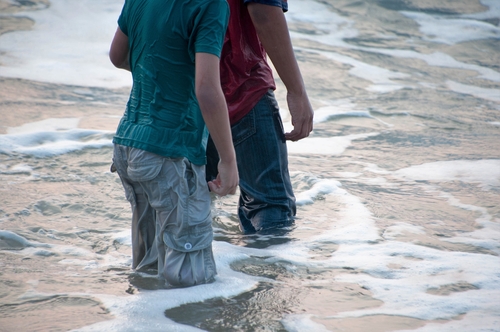 Brussels (Brussels Morning) At least 57 asylum seekers have died by drowning as a vessel carrying more than 90 migrants was wrecked off the coast of Tunis, the latest tragedy befalling migrants attempting to cross the Mediterranean to reach EU shores, Reuters reports.

According to Mongi Slim, an official with the Tunisian Red Crescent humanitarian organization, 33 migrants were rescued while 57 others drowned. Their boat was estimated to have been carrying some 90 migrants bound from Libya to Europe, the Italian island of Lampedusa being their most likely destination. The rescued migrants were all Bengali nationals.

A security source confirmed to Reuters that 57 asylum seekers had drowned and that 33 were rescued. At least 60 other migrants have died in recent weeks in similar circumstances, all having embarked on boats that set out from the Libyan coast.

Last month, the French humanitarian organisation SOS Mediterranee claimed more than 130 migrants had most likely drowned at sea, after rescue vessels found a capsized rubber boat with bodies floating nearby.

SOS Mediterranee drew attention to the fact that individual EU states have largely ceased looking for migrant vessels in distress. The organization noted that an overwhelming number of desperate migrants are risking their lives to reach Europe, fleeing from conflict, poverty and religious persecution.

The United Nations High Commission for Refugees (UNHCR) believes less than 23,500 people have successfully completed the voyage across the sea to Europe this year. Most new arrivals landed in either Italy or Spain, having originated from Tunisia and Algeria. According to the UN agency, some 633 people have either died or gone missing while attempting to cross the Mediterranean so far this year.

Meanwhile, asylum seekers attempting to reach Greece by boat, complain increasingly of illegal pushbacks performed by Greek security forces, in which they are first stripped of their possessions, then forced onto life rafts, and then cut adrift off the shore of Turkey, with no food or water or means of calling for assistance.