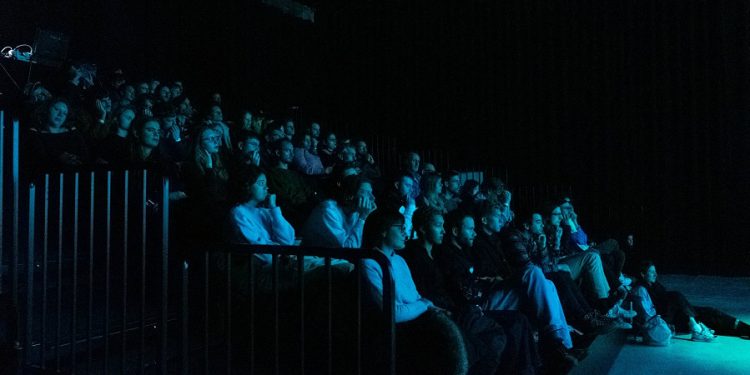 BRUSSELS (Brussels Morning) – The sixth edition of Pilar ASAP, the biannual culture festival of the VUB, focuses on our psyche and our resilience. These have been put to the test in the past two years by all kinds of quarantines and restrictive measures, resulting in the obvious mood swings.

“For the group exhibition Hello there, I just wanted to ask how you’re doing,” which runs throughout the festival, the exhibition space has been transformed into a ‘Consol(id)ation Room’, which aims to comfort and strengthen us. During her residency in Barak Lili M, textile artist Margot Van den Berghe created a soft environment that now invites to be touched and experienced. The video dialogues from In the hands of puppets by Sarah & Charles are inspired by conversations with patients and staff of a mental health care institution.

Visual artists were not the only ones who tackled the themes of mental well-being and the expression of emotions. The Ghent performers collective Collectief Elan(d), together with LOD Muziektheater, emphasises encounters during the ‘dance theatre party’ Loving is allowed. So does the ‘welfare dinner’, which concludes with slam poetry by Lisette Ma Neza. Writers Rashif El Kaoui, Maarten Inghels, Rachida Lamrabet and Yousra Benfquih will read letters and exchange thoughts.

As an extra escape route, there was a lot of music as usual. Joachim Liebens of The Haunted Youth came to sing the inner despair. Dorian Dumont brought his ode to Aphex Twin. Camille Camille brought fragments from her dreamy debut album ‘Could you lend me your eyes,’ which was finished during the lockdown.

The icing on the cake was the cinematic performance Zvizdal, one of the most powerful things ever seen on stage in the past decade. From the year 2011 to 2016, the theatre company BERLIN followed a couple who stayed behind in the deserted zone near Chernobyl, or how isolation was turned into emotion, something that now takes on an extra dimension, with the noise of war in the background.