Arms manufacturers must be held accountable

by Sarhan Basem
in Diplomacy, Features 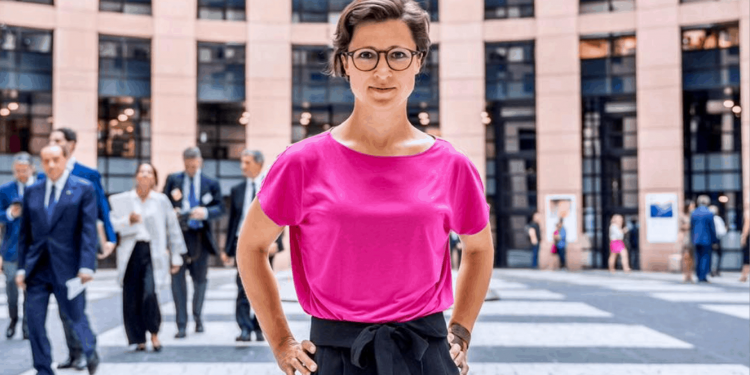 An Interview with Hannah Newman, MEP, By Sarhan Basem

EU member states launched the Common Security and Defence Policy (CSDP) in 1998, the aim being to pave the way for a Europe that would be a unitary global actor — from the Baltics to the Mediterranean and the Black Sea. In this context, a common exports policy is a prerequisite for Europe’s credibility.

How can Europe advocate for peace in Yemen, Syria, or Libya when it is unable to curb the flow of weapons from Europe? How is it possible to enforce an arms embargo or set a human rights conditionality without the ability to regulate the arms exports market?

Arms sales are intrinsically linked to conflict. But industrial and political interests are not always strictly aligned. In fact, the EU’s foreign policy appears to be losing the battle for credibility. From 2018 to 2019, Austria, Denmark, Finland, Germany, Sweden, and the Netherlands have attempted to set export restrictions. Their efforts were fiercely resisted by industrial groups and other member states. Ultimately, their measures proved ineffective as companies circumvented them, either using a string of subsidiaries to sustain arms exports or diverting arms’ deliveries to the battlefront via countries in the Middle East.

Many Middle Eastern buyers – primarily the Kingdom of Saudi Arabia and the United Arab Emirates – have exceptional political leverage, given their combined buying power plus the fact that the defence sector supports thousands of jobs across Europe. One of the first countries to introduce restrictions was Germany.

Brussels Morning spoke to Hannah Newmann MEP, a member of the Green Party and a peace activist, in an effort to make sense of the regulatory loopholes we have failed to address.

Weapons to conflict zones such as Yemen are often diverted from orders intended for the Gulf region. Can we count on the EU to regulate the arms market?

Hannah Newman, MEP: The 2008 Common Position on arms exports should ensure that European arms are not delivered to warmongers and human rights violators. So far, however, the licensing procedures for arms exports differ considerably between EU member states. European arms exports lack coherence as the commonly agreed criteria have been interpreted differently.

This makes it possible, for example, to have German companies supplying the region despite a German arms embargo, as they meet obligations towards other EU member states. The fully assembled arms can then still be exported to Saudi Arabia. This is why my report on arms exports, which will be voted upon in the next plenary session, makes four demands:

How can transparency on EU arms exports be achieved to prevent exports to conflict zones?

Hannah Newman, MEP: One weakness of the current reporting system is the poor quality of data coming from the national level, which makes comparisons between export decisions of member states difficult. This is why it is vital that member states report their exports (meaning the total quantity and value of both the export licenses granted and actual exports, broken down by country of destination and Military List category) in a comparable and consistent way. Resulting data needs to be publicly accessible in an easy-to-use online database in order to encourage public scrutiny and debate.

Saudi Arabia has used arms imported from the EU in the war in Yemen. Should companies that have exported these weapons be held responsible?

Hannah Newman, MEP: There are human rights organisations, including Yemeni groups, which have filed complaints against arms exporting companies before the International Criminal Court. Such actions send the right message, namely that companies have to be held accountable if they contribute to human rights violations or war crimes.