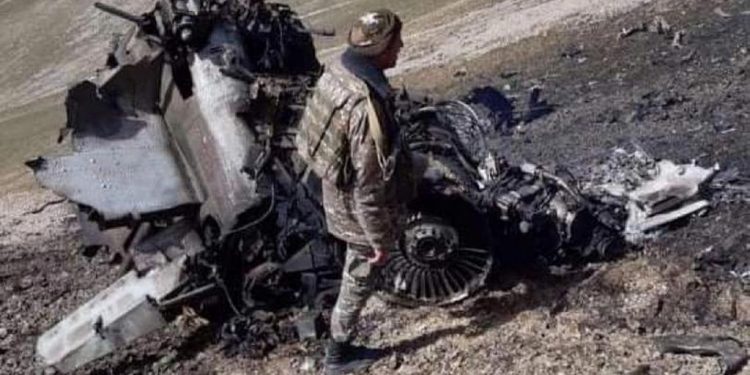 Yerevan, October 2 Armenia has said it is willing to work through the Organisation for Security and Co-operation in Europe (OSCE) Minsk Group to arrive at a ceasefire agreement with Azerbaijan, according to Reuters reporting.

Azerbaijan has not responded to calls for ceasefire by OSCE Minsk Group co-chairs France, Russia and the US.  Azerbaijan’s Foreign Ministry said it was obvious that Armenia was not looking to resolve the conflict through talks, but wanted to annex occupied territories. Azerbaijan’s ally Turkey had stressed earlier that the three co-chairs should not have a role in peace-making.

France’s President Emmanuel Macron, meanwhile, said he had proposed a new approach to resuming the Minsk Group talks, having spoken with Armenian Prime Minister Nikol Pashinyan and Azerbaijani President Ilham Aliyev. His expectation was that new negotiations would get underway on Friday evening last. In the interim, he called for an immediate ceasefire.

Prime Minister Pashinyan said he and Russia’s President Vladimir Putin had shared their concerns about illegal armed groups from the Middle East being involved in the conflict. He noted that Putin had stressed the importance of ceasing hostilities immediately.

Germany’s Chancellor Angela Merkel also cited the need for a ceasefire as soon as possible, after EU leaders had discussed the crisis.

On Friday, Pashinyan accused Turkey of continuing the Armenian Genocide, claiming that Armenia is the last obstacle standing in the way of Turkey’s expansion towards the north and the east, France24 reported. The Armenian Prime Minister blamed Ankara’s expansionism on Turkish ambitions to reinstate an empire.

Bloomberg  reported Saturday that Armenia and Azerbaijan had set seemingly impossible terms for a return to the negotiating table with France, Russia and the US.

Azerbaijan’s Defence Minister Zakir Hasanov described Armenia’s actions as an open provocation that expands the area of conflict. He was commenting on the attack on a military airport in Ganja, Azerbaijan, on Sunday. Nagorno-Karabakh authorities described the attack as a response to Azerbaijan’s bombing of Stepanakert, the enclave’s largest city. President Aliyev’s office stressed that the missiles that hit the Ganja base had been launched from Armenia, a claim the Armenian Defence Ministry denies.