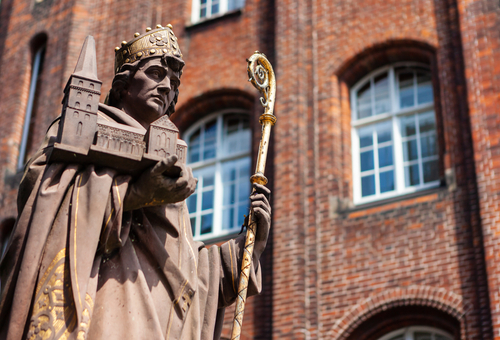 Brussels (Brussels Morning) The Archbishop of Hamburg offered to resign his post on Thursday, following a report which named several senior Catholic Church officials in Germany, including him, as having breached their duties in handling sex abuse cases over several decades, Reuters reported.

Criminal lawyer Bjoern Gercke and his team, having investigated the handling of abuse cases in the archdiocese of Cologne between 1975 and 2018, found more than 200 instances of abusers and more than 300 victims, mostly younger than 14 years of age.

The 800-page report listed a number of high-ranking German Catholic Church officials who failed to carry out their duty in handling the cases, although the report cleared the Archbishop of Cologne, who was responsible for originally commissioning the investigation.

The Archbishop of Hamburg, Stefan Hesse, was found to have breached his duty in 11 separate cases. Hesse responded by claiming never to have taken a part in a cover-up, but conceded he may have made some mistakes. “To avert damage to the office of Archbishop and to the Archdiocese of Hamburg, I offer Pope Francis my resignation and ask him to relieve me of my duties immediately,” Hesse said.

The report also named the former Archbishop of Cologne, Joachim Meisner, who died in 2017. His successor Rainer Maria Woelki, who commissioned the report, suspended two officials in its wake, the Auxiliary Bishop Dominikus Schwaderlapp and church official Guenter Assenmacher.

Representatives of the victims’ groups criticised the report, asserting it was too narrow in scope, and had come too late, given than many of the perpetrators and those responsible for the cover-up were already dead.

Matthias Katsch, of the Eckiger Tisch victim group, accused the Church of “filibustering tactics”, pointing out that it had delayed any meaningful response for a decade. “It is important that we finally move away from expert opinions, from lawyers’ views, to a real coming to terms with the situation”, Katsch declared.