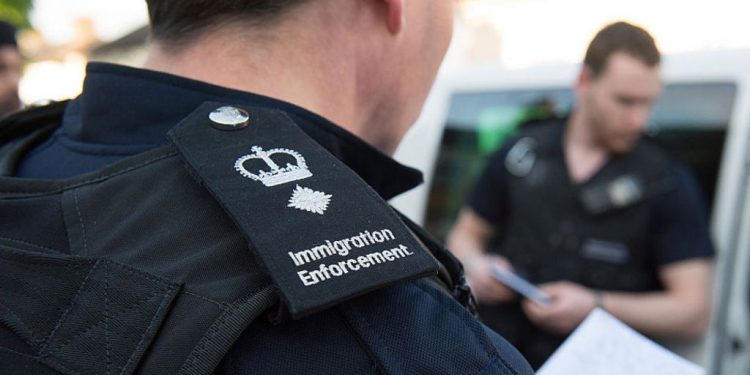 London (Brussels Morning) The UK court of appeal has found that the Home Office’s policy of using short notice removal windows that deprived a person’s access to justice to be unlawful.

Since 2015, the Home Office has been able to notify someone they are liable for removal and then deport them at any given point during a three-month removal window.

The policy has affected over 40,000 people removed from the UK, putting them at risk.

In some cases, their removal was found unlawful and they were brought back.

It’s another blow for the Home Office, whose policies have come under increasing scrutiny.

Last month, an LGBT asylum seeker won a right to remain in the UK on appeal, after her removal under the Home Office’s Detention Fast Track Detention system was deemed unlawful.

She was returned to Uganda, where she had to live under the radar, was gang-raped and now has an 18-month old baby.

The system was suspended in 2015, although many of the 10,000 cases processed under it are still waiting for redress.

Recent leaks have also recently revealed controversial hardline asylum policies were being mooted by Home secretary Priti Patel to counter the rising numbers of people attempting to reach England from France via precarious journeys across the English Channel.

The deprivation of access to justice was the specific issue under the purview of the ruling:

“The right to access the court is an absolute and inviolable right”, said the three judges.

A Home Office official stressed to the Guardian news outlet it was not the policy that was deemed unlawful but the deprivation of access to justice.

The appeal was brought by Duncan Lewis Solicitors with the charity Medical Justice and the Public Law Project.

“The ‘removal windows’ policy shut people out of the legal process”, said Rakesh Singh, a solicitor at the Public Law Project,

“It meant that when mistakes were made, people could not access the court to put things right, and led the Home Office to remove people with a right to be here – including a number who were caught up in the Windrush situation”.

“Our immigration and asylum system is fundamentally broken and we are determined to introduce a new system that is fair, firm and will expedite the removal of those who have no legitimate claim for protection”.