Antwerp counts out Union with four goals before halftime 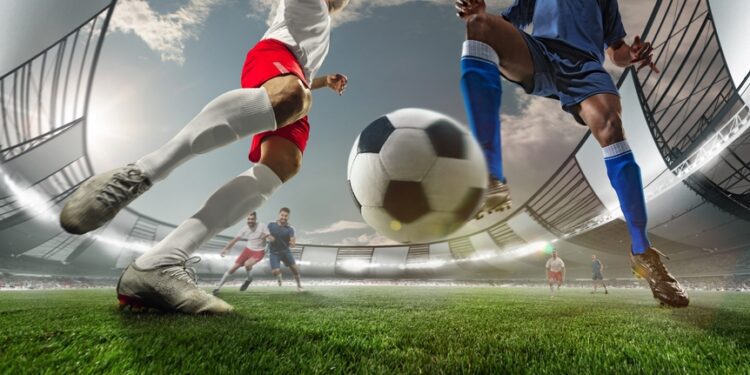 Brussels, (Brussels Morning)-  Antwerp convincingly won its postponed confrontation against Union on the fifth day of the Jupiler Pro League on Wednesday evening with 4-2. The Great Old counted out the vice champion, who finished with nine, with four goals before half-time early in the game.

Antwerp and Union started their match at a blistering pace. Union pushed hard on the accelerator from the first whistle, but had to deal with the course of events in the first goal.

Christian Burgess dribbled himself firmly into the defence and allowed Antwerp a good counter chance, which was not processed by an Antwerp native, but by Bart Nieuwkoop (8th) in his own goal. Moments later, Union gave the home team a double lead.

Siebe Van der Heyden let himself be eaten too easily by striker Vincent Janssen (15.), who persevered well and kicked the 2-0 past a baleful Anthony Moris. Moments later, Van der Heyden (22.) corrected his mistake by halving the Antwerp lead with a header goal on a corner kick.

However, the chances of winning for the Brussels visitors got a big blow when midfielder Amani Lazare was penalised with red by the VAR before half time, after a serious mistake on Antwerp midfielder Alhassan Yusuf. Antwerp smelled blood and scored the 3-1 after a wonderful attack over several stations.

Left back Sam Vines (42.) was sent deep by newcomer Jurgen Ekkelenkamp and managed to slide the ball past Moris. In the absolute final phase of the first half, the home team counted out its visitors completely.

Dante Vanzeir went on to lend a hand in defence, but did more harm than good. In his own penalty area he walked unhappily on the heels of Jelle Bataille, who hit the mat and forced a penalty kick. Vincent Janssen (45.+3) made it 4-1 with his second of the evening.

Union was unable to close the deficit in the second half. With a nice goal by Dennis Eckert (71.) It softened the Antwerp lead.

Union substitute Oussama El Azzouzi provided a remarkable moment in the last quarter of the match. The 21-year-old Dutchman gave his comeback colour with two yellow cards and was allowed to use it again eight minutes after his entry.

With the win, Royal Antwerp remains alone in the lead in the standings. The Great Old can show off a perfect report: 18 out of 18. Union remains in fifth place with 10 points.

On Thursday, RSC Anderlecht and AA Gent will make up for their match on the fifth match day. The match will be kicked off at 20:30 in the Lotto Park.