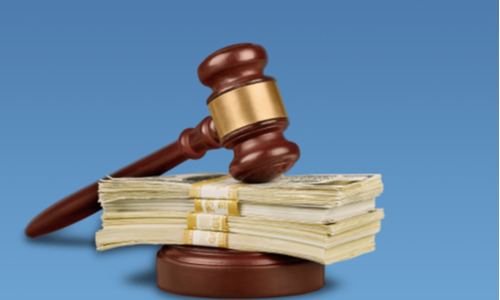 The European Commission has fined Orbia, Clariant and Celanese a total of € 260 million for breaching EU antitrust rules. Westlake was not fined as it revealed the cartel to the Commission.

The companies took part in a cartel concerning purchases on the ethylene merchant market. They colluded to buy ethylene for the lowest possible price. All four companies acknowledged their involvement in the cartel and agreed to settle the case.

Executive Vice-President of the Commission Margrethe Vestager, in charge of competition policy said: This cartel aimed at manipulating the prices which the companies paid for their ethylene purchases. Ethylene is a flammable chemical that’s used to make materials, like PVC, that go into many products we use every day. The four companies in the cartel have colluded and exchanged information on purchasing prices which is illegal. The Commission does not tolerate any form of cartels. EU antitrust rules not only prohibit cartels related to coordination of selling prices, but also cartels related to coordination of purchasing prices. This protects the competitive process for inputs.”

Ethylene purchasers usually buy ethylene under supply agreements. The purchase price of ethylene is very volatile and in order to reduce the risk of price volatility, ethylene supply agreements refer to a pricing formula, which often includes a so-called “Monthly Contract Price” (MCP), an industry price reference resulting from individual negotiations between ethylene buyers and sellers.

The Commission’s investigation revealed that from December 2011 to March 2017 during the process of establishing the MCP, four ethylene purchasers coordinated their price negotiation strategy vis-à-vis the ethylene sellers to influence the MCP to their advantage. The companies are Westlake of the US, Orbia of Mexico, Clariant of Switzerland and Celanese of the US. The practices covered the territory of Belgium, France, Germany, and the Netherlands.

Unlike in most cartels where companies conspire to increase their sales prices, the four companies colluded to lower the value of ethylene, to the detriment of ethylene sellers. In particular, the companies coordinated their price negotiation strategies before and during the bilateral MCP ‘settlement’ negotiations with ethylene sellers to push the MCP down to their advantage. They also exchanged price-related information. These practices are prohibited by the EU competition rules.

The fines were set on the basis of the Commission’s 2006 Guidelines on fines (see also MEMO).

As the cartel related to collusion on purchase prices, the Commission used the value of purchases (rather than the value of sales) in the European Union (EU) to set the level of the fines. As those figures were presumably artificially lowered precisely because of the cartel behaviour, this was likely to result in a level of fines below the economic significance of the infringement. Therefore, in order to avoid under-deterrence, the Commission used its discretion under the 2006 Guidelines on fines to increase the amount of the fine for all companies by 10%.

Under the Commission’s 2006 Leniency Notice:

In addition, under the Commission’s 2008 Settlement Notice, the Commission applied a reduction of 10% to the fines imposed on the companies in view of their acknowledgment of the participation in the cartel and of the liability in this respect.