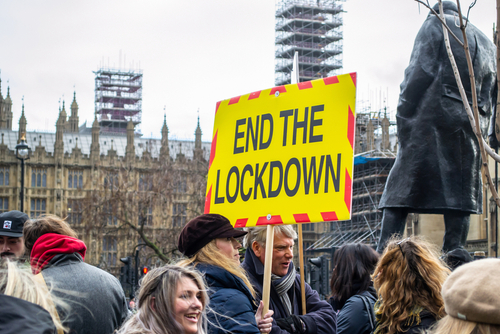 A rising star of the right-wing Popular Party (PP), Ayuso soared to prominence in the Madrid region due to her stubborn resistance to coronavirus restrictions put in place by the Socialist government of Prime Minister Pedro Sanchez. The Socialists suffered a serious defeat in the elections and are left without a chance to rule the Spanish capital.

“Today begins a new chapter in the history of Spain”, an exhuberant Ayuso declared in an  emotional victory speech, echoing her party leader Pablo Casado, who described the result as “a turning point for national politics”.

Ayuso called for snap elections in Madrid after ruling Spain’s richest region for just over 18 months, confident she could profit from the political capital gained by keeping Madrid’s bars, restaurants and theatres open since the national lockdown ended in June 2020.

PP won 65 of the regional parliament’s 136 seats, and is likely to turn to the far-right Vox to secure a working majority. Ayuso previously stated that such an option “wouldn’t be the end of the world”.

The Madrid elections ended the political career of Pablo Iglesias, head of the far-left Podemos party, which is currently a junior partner to the Socialists in the national parliament. Iglesias resigned as deputy prime minister to run in the local elections, a move seen as a risky gamble that ultimately failed to pay off. Podemos secured only 10 seats in the elections, remaining a minor player in the regional parliament.

“We have failed, we have been very far from putting together a sufficient majority”, Iglesias admitted, as he announced he would be stepping down from politics. “When you are no longer useful, you need to know when to withdraw”, he said.