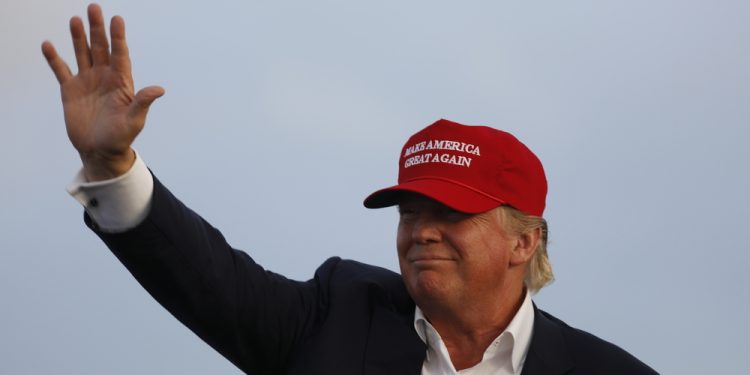 New York (Brussels Morning) Like so much else about Donald Trump’s political career, his attempts to discredit the outcome of the 2020 election has the roots in his own 2016 campaign’s relationships with Russia. That relationship and the subsequent effort to conceal it is the Ur scandal that has had an enormous impact on much of what Trump has done since that campaign.

Trump was almost impeached over a scandal involving a discussion with the Ukrainian president that occurred in the context of Republicans suggesting that somehow Ukraine had tried to help Hillary Clinton in 2016 and ongoing Russian efforts to destabilize Ukraine.

The Trump administration has led and choreographed attacks on the alleged “deep state”-which for the rest of us refers to generally hard-working and honest mid-level government officials- because of efforts by the FBI and CIA to investigate the initial scandal.

Since 2016 possible connections between Russia and aligned interest groups like the NRA as well as with other Republican elected officials such as Senators Ron Johnson of Wisconsin and Rand Paul of Kentucky have been minor news stories that suggest a broader and more nefarious relationship between Trump and Moscow. All of these developments have their roots in the initial Trump-Russia scandal.

The current disinformation campaign led by Trump and his team of comically incompetent, but nonetheless dangerous, attorneys is on the surface about the bizarre claim that nearly every judge, election official and many elected Republicans were in on a conspiracy to steal the election for Joe Biden.

However, it is also an effort to further muddy the waters from 2016 by suggesting that questions about alleged Democratic election fraud in 2020 are equivalent to concerns about Russia in 2016. This has included the conservative talking point that the Democrats refused to accept the outcome of the 2016 election, and what the Republicans are doing is no different.

However, there are two main differences between Russia’s role in the 2016 election and Trump’s efforts to overturn the outcome of the 2020 election. The first is that while Democrats drew attention to and criticized Russia’s relationship with the Trump campaign, they did not seek to overturn the election.

Hillary Clinton conceded within 24 hours of the election and in the weeks and months following the election, no powerful elected Democrats suggested that Trump should not be president. Many questioned the legitimacy of his presidency, but did not seek to prevent him from taking office.

The second issue is more difficult and politically sensitive. There was a mountain of evidence, including email exchanges and findings from US intelligence services and investigations, that Russia aided Trump in the 2016 election. Few people dispute that.

The question that is disputed is the extent to which Moscow was coordinating these efforts with the Trump campaign. There is a lot more uncertainty about that. While Trump and his supporters have always vehemently denied this, frequently through the odd and legally meaningless slogan “no collusion”, the evidence itself is less clear.

We know, primarily form the Mueller investigation, that there was substantial communication between Trump’s 2016 campaign and Russian operatives, but who was involved in those communications, how much information was shared and whether or not efforts were coordinated is still not entirely known. In other words, Democratic concerns about Russia’s role in the 2016 election were at the very least well founded; and it remains possible that there was a substantial degree of cooperation between the campaign and the Kremlin.

This is a sharp contrast to the current environment where the assertions that the election was stolen that have been made Trump and his associates are entirely groundless. They are fabrications that are the product of the fevered and deluded minds of frightened and angry president, a manic, bitter and unhinged legal team and followers desperate to avoid confronting the reality about their cult leader.

More than a month after the election, there is still absolutely no evidence that Biden or the Democrats stole the election and every legal case they have brought has been essentially laughed out of the courtroom. Four years ago, the evidence of Russia helping Trump get elected was already piling up.

The Republican Party is deeply invested in this false equivalency between 2016 and 2020. It remains essential not just for Trump and those closest to the 2016 campaign, but for many in the GOP who deliberately mislead the American people about the extent of Russia’s role in 2016, that the truth about 2016 remain obscured and that the question of holding people accountable for what they did in 2016 remains buried.

The best way for that to happen is to drag the story of imaginary election fraud by Biden and the Democrats out for as long as possible.