Ankara summons US envoy to protest recognition of Armenian genocide 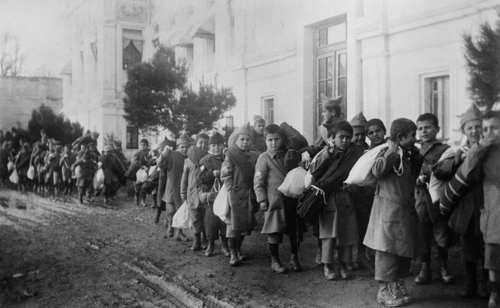 Brussels (Brussels Morning) Turkey’s Foreign Ministry summoned US Ambassador to Ankara David Satterfield to express its displeasure over the fact that US President Joe Biden had described Turkish treatment of Armenians during the early part of the previous century as “genocide”, AFP reported.

“Words cannot change or rewrite history”, tweeted Turkish Foreign Minister Mevlüt Çavuşoğlu after Biden announced his decision. “We will not take lessons from anyone on our history”. Later, while summoning Satterfield, the Foreign Ministry noted that the US President’s decision caused “a wound in relations that is difficult to repair”.

“We reject and denounce in the strongest terms the statement of the President of the US regarding the events of 1915 made under the pressure of radical Armenian circles and anti-Turkey groups”, the Turkish Ministry said. “It is clear that the said statement does not have a scholarly and legal basis, nor is it supported by any evidence”.

The Armenians, as well as many historians and scholars, believe 1.5 million of their people were killed in a genocide committed by the Ottoman Empire during its fight with tsarist Russia in areas that include present-day Armenia. Turkey, on the other hand, denies it was a deliberate policy of genocide, emphasising both Turks and Armenians died in huge numbers during the First World War.

Biden is the first US president to describe the event as a genocide, increasing tensions in Washington’s already-strained relations with Ankara. To soften the blow, Biden personally called Turkey’s President Recep Tayyip Erdoğan on Friday, offering to meet the Turkish leader on the sidelines of a NATO summit scheduled in June.

Leaving Turkey’s Foreign Ministry to serve up a passionate response, Erdoğan offered a more reserved reaction, accusing “third parties” of politicising the debate. “Nobody benefits from the debates – which should be held by historians – being politicised by third parties and becoming an instrument of interference in our country”, he declared, before adding that Turkey was ready to develop relations with Armenia based on “good neighbourhood and mutual respect”.