by Lincoln Mitchell
in Our pick, The American Angle 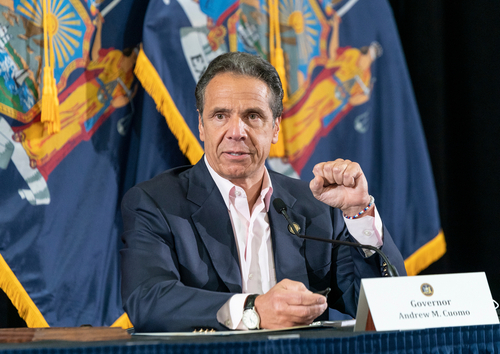 New York (Brussels Morning) At this political moment, New York Governor Andrew Cuomo is a target of scorn and even ridicule, because of revelations about his record of sexual harassment and his bullying nature, in large part due to a devastating report by New York’s Attorney General, which has forced him to resign. The  decision followed increasing  pressure to resign from almost everywhere as many members of his own party, including the Speaker of the House, numerous members of Congress, local legislators and editorial boards called for him to step down. Even the President of the United States, like Cuomo, a Democrat, urged him  to resign.

As late as Monday, Cuomo was still indicating he would stay in office and fight what he asserted were politically motivated charges against him. Even his resignation demonstrated that Cuomo refused to concede anything and that he chose not to understand the gravity of the charges against him. “I have been too familiar with people. My sense of humour can be insensitive and off-putting. I do hug and kiss people casually, women and men. I have done it all my life. It’s who I’ve been since I can remember. In my mind, I’ve never crossed the line with anyone, but I didn’t realize the extent to which the line has been redrawn. There are generational and cultural shifts that I just didn’t fully appreciate, and I should have.” Nonetheless, he was wise enough to recognize that resigning was the only way to avoid an even uglier impeachment process.

Andrew Cuomo was a unique political figure. The eldest son of a three-term governor whose oratorical skills and intellect were generally greater than his progressive accomplishments.  Cuomo became Secretary of the Department of Housing and Urban Development when he was only 39 years old, and after an unsuccessful bid for his father’s old job in 2002, served one term as New York Attorney-General before being elected Governor for the first time in 2010. Cuomo is, in some respects, the hardball playing, political bulldog that his father never quite became. Despite his ample political skills, it is also true that if his name were Andrew Smith or Andrew Rizzo he would never have been a Cabinet Secretary before his 40th birthday, and probably never would have become Governor.

Because of his deep roots in New York politics – -he was an adviser to his father going back to 1977 when Mario Cuomo ran a strong but ultimately unsuccessful campaign for Mayor of New York City — Andrew Cuomo’s ascent and current political fall cannot be entirely separated by the changing political culture in New York.

Cuomo is a product of a time in New York when politics was very transactional and where ideology and policy were often secondary. The New York State Democratic Party of the 1970s-1990s was a broad ideological catch-all organization, particularly in New York City, which was, even then, largely a one-party town. Politicians built and relied upon networks of relationships, the sinews of which were campaign contributions, personal and political favours, and general mutual back scratching. Additionally, while there were progressives within the party, on balance, the Democratic Party of say 1977, 1987 or 1997, in New York was more conservative, whiter and more male than it is today.

The residual strength of that political culture is what fueled Cuomo’s political success and provided the first line of defence against political scandals and mis-steps that characterised Cuomo’s time as Governor even before the numerous extremely believable allegations of sexual harassment. Some may wonder how a Governor who was as powerful and popular as Cuomo was in the spring of 2020 could have fallen so far so quickly.  A more interesting question is why a  Governor who was consistently surrounded by low to mid-level corruption, frequently sided with Republicans rather than the progressives within his own party and whose mishandling of the Covid-19 crisis contributed to the thousands of deaths that the pandemic wrought in New York State.

The answer to that question is intertwined with the bullying personal style and old school political machinations and deal-making that defined Cuomo’s political career. Many people in and around New York politics may not have liked Cuomo, but a larger number were part of his network and, regardless of their personal feelings towards the Governor, benefited from his presence in Albany, the state capital. This has led to the current environment in which the line to be the next  person to kick Andrew Cuomo on the way down is very long, and now after many years, seems to be on the move.

The multiple sexual harassment allegations against Governor Cuomo and the detailed report substantiating these allegations and providing a fuller picture of the extent of Cuomo’s abusive and depraved behaviour were enough to disqualify him from continuing to hold public office. However, the entirety of Cuomo’s career — not just what was ultimately its final inning – should serve as  a model for how the Democratic Party should not conduct politics in New York, or anywhere else.