Anderlecht city council votes against ban on slaughter without stunning 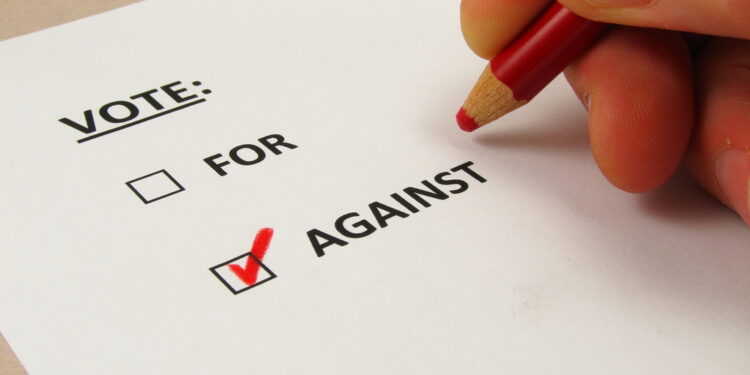 Brussels, (Brussels Morning)- In Anderlecht, the voting of a motion against the ban on slaughter without stunning revealed surprising views. Both the aldermen of Groen and those of Les Engagés voted against the obligation to stun before slaughter. However, their parties defend the opposite at the level of the Brussels region or at the national level, reported BRUZZ.

On Thursday, the city council of Anderlecht adopted a motion against the ban on slaughter without stunning. That’s what La Libre and La Dernière Heure write .

In other words, Anderlecht opposes the compulsory stunning of an animal before slaughtering it. After a first motion on the initiative of the PVDA*PTB was not approved, the text was submitted jointly by the majority parties, consisting of the PS, Les Engagés, Vooruit and Groen/Ecolo. Majority party Défi did not support the motion and was absent from the city council. MR and N-VA voted against.

The position of the PS and the PVDA*PTB should not come as a surprise: both parties have already spoken out in the Brussels Parliament against an obligation to stunned slaughter. Défi, Groen and Open VLD have a bill ready to – just like in Flanders and Wallonia – ban slaughter without stunning in Brussels.

In Anderlecht, however, green deviated from the regional position of its own party. After all, the Green faction in Anderlecht voted in favour of the motion, which is against compulsory anaesthesia. “It is a purely local choice,” says Susanne Müller-Hübsch, Alderman for Mobility and Public Space in Anderlecht (Green) in La Dernière Heure .

“The choice was made because of the economic aspect of the slaughterhouses in Anderlecht,” it sounds. “But this text was purely symbolic. After all, the competition is regional. I have discussed this with my colleagues at the regional level. We support each other and they understand this position.”

Ecolo-alderman Jérémie Drouart says in La Libre that he had left the choice to his colleague and all members of the group. “The entire group voted against the ban. Since it is a regional issue, our vote is not decisive. But the local reality is different from the general debate as we have slaughterhouses on our territory.”

The position of Les Engagés in Anderlecht also goes against the party program. Their party manifesto, adopted a week ago, noted that the “technique of reversible stunning, which does not result in the death of the animal” should be preferred. A kind of interim solution, in other words, which differs from the usual ritualistic method of slaughter.

According to PVDA*PTB municipal councillor Giovanni Bordonaro, it was important for the municipality of Anderlecht to send a clear signal on the issue of ritual slaughter in Brussels. “It’s not just about freedom of religion and animal welfare, but also about whether we want to keep the only slaughtering activity in Brussels, which is located on our territory,” it sounds. “As a reminder, nearly 200 jobs are directly or indirectly involved in this economic activity .”