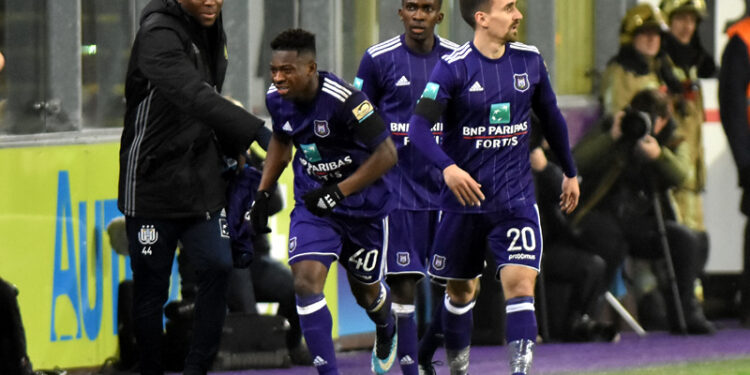 BRUSSELS (Brussels Morning) – RSC Anderlecht won the top match of the 31st match day in the Jupiler Pro League on Sunday afternoon with 2-1 (half-time: 1-1) from Antwerp.

Due to injuries and suspensions, the Purple & White started with an unspent defence, including Murillo, Magallan, Kana and Gomez. They didn’t give much away in the initial phase and after 24 minutes the home team converted their dominance and possession into a 1-0 lead. Ashimeru continued well centrally and served Joshua Zirkzee, who left Antwerp goalkeeper Jean Butez without a chance.

For Bayern mercenary Zirkzee it is already the thirteenth league goal of the season, the first against a club from the top of the standings. In addition, the Dutchman already has seven assists to his name. Ei so na, the home team took a 2-0 lead not much later, but Yari Verschaeren saw his attempt via Sam Vines end up in a corner.

That broke the Belgian record of champion sour before half time. An acceleration on the right of Buta and from close range Alhassan Yusuf shot Anderlecht goalkeeper Hendrik Van Crombrugge: 1-1. At halftime that was more than what Antwerp deserved.

On the hour it was precisely former Golden Shoe and ex-Antwerp player Lior Refaelov who gave Anderlecht the lead again from the spot, after a penalty by Butez on the broken Christian Kouamé, a result of Radja Nainggolan’s stupid loss of possession at the centre circle. It would remain at 2-1, despite still opportunities on both sides.

With sixteen out of eighteen – the last league defeat dates back to the end of January against leader Union – Anderlecht jumped with 58 points over Antwerp (56) to third place, twelve points behind Union. National champion Club Brugge was in second place with five points more than Anderlecht.

For Antwerp it was already the third league defeat in four matches – also the fourth in the last six matches – and with that they are in free fall in the standings. The position of coach Brian Priske at The Great Old is therefore more than ever under discussion.