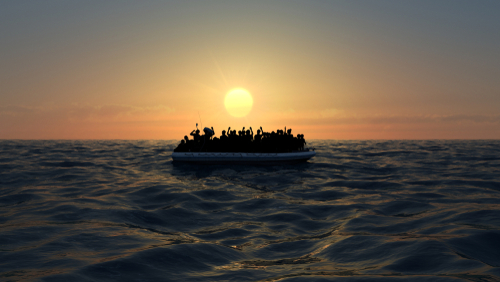 Brussels (Brussels Morning) More than 2,000 asylum seekers have died attempting to reach the borders of Europe, as EU countries’ border authorities have illegally pushed back at least 40,000 people from the bloc’s outer borders during the pandemic, according to an analysis compiled by The Guardian from records released by UN agencies and NGOs.

Despite this drop, the border authorities of Italy, Malta, Greece, Croatia and Spain have reportedly hardened their anti-migration efforts, paying non-EU states and private vessels to intercept boats in distress at sea and push back passengers into detention centres. Many reports claim people have been beaten, robbed and stripped naked at land borders or left adrift at sea.

The Danish Refugee Council (DRC) recorded nearly 18,000 pushbacks from Croatia since the start of the pandemic. Numerous migrants claim they have been whipped, robbed, sexually abused and stripped naked by the Croatian police, before being forced to march back across the border with Bosnia and Herzegovina.

The DRC country director for Bosnia, Nicola Bay, told The Guardian that the organisation has seen no progress in recent months, despite the EC’s engagement with Croatian authorities. “Neither on investigations of actual reports, nor on the development of independent border monitoring mechanisms,” Bay said, emphasising that every single pushback represents a violation of international and EU law, even when violence is not involved.

A lawsuit against Greece filed in April alleges Greek authorities have been abandoning migrants caught at sea in life rafts, stripped of their possessions and without any means to call for help. The Greek ombudsman also demanded the government investigate such claims, with many witnesses claiming Greek police in black uniforms would tow them out on life rafts, cutting them  loose in Turkish waters, eventually to be picked up by the Turkish coast guard.