by Heinz Bierbaum
in EU Institutions 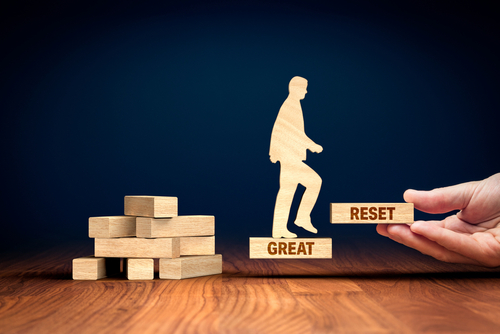 Berlin (Brussels Morning) The Covid-19 pandemic exacerbates existing inequalities and highlights the consequences of neoliberalism and austerity. Given the current colossal challenges affecting various economic, environmental, and social aspects, Europe’s capitalist system has reached a historical deadlock. Governments compete for medical equipment, neglected healthcare sectors are struggling, and the multifaceted consequences of repeat lockdowns are visible throughout the EU.

The question of the future of Europe and its people is more pressing than ever.

The long-awaited Conference on the Future of Europe presents as many challenges as it does opportunities. It risks becoming another missed opportunity due to numerous postponements and ambiguous objectives. Unless and until this exercise is grounded in reality, it will remain a merely decorative promise. Faced with those who propose an elite framing of the European Conference, we propose a participatory and democratic process, with the engagement of national parliaments as well as social stakeholders, trade unions and political parties.

What Europe really needs is far more bottom-up involvement in political processes, as well as the rejuvenation of ties with citizens, social movements, and non-governmental organisations (NGOs). We must re-establish the missing link in the European Project: the relationship with its citizens. The Left reiterates its stance: political accountability is the foundation of social justice and international solidarity. We are compelled to develop an inextricably social and ecological model that transcends the bottom-line driven logic and leads towards a paradigm shift, articulating the need for change.

Global and European economic transformation – a Social Green New Deal – calls for a social, ecological and feminist rethink of the economy. The current crisis unveiled Europe’s previously well-hidden structural crisis. After several treaty revisions, the EU needs a constitutional overhaul. The Maastricht, Amsterdam and Lisbon Treaties do not provide a basis for a social, democratic, ecological and peaceful Europe.

The fiasco of the vaccination campaign highlights how important it is to put people at the centre. In order to respond to future challenges, we require investment in social services with transparent and democratically monitored processes. We propose the mass expansion and upgrade of our public healthcare systems, including the formation of a European Health Fund.

We are experiencing a deep social and political crisis, which we highlighted before the outbreak of the pandemic, in 2019. The European Left proposes the creation of a European Observatory for Public Services within the European Commission, a proposal that remains as timely now as when initially put on the table.

It is impossible to speak of a concrete commitment to Europe’s social dimension unless all social protection systems, including pensions and wages, are calibrated to their highest common denominator. The working class has suffered the most during the pandemic, left without adequate health and safety protection. Women have been disproportionately affected. The European Left is developing a Framework Directive to implement the most favoured European woman clause, prohibiting wage disparities. We are exerting pressure to ensure higher minimum wages and stronger collective bargaining, and are focusing on the unaddressed gaps for a genuine transition that the Recovery and Resilience Plan ignores.

We envision a new international role for Europe, surpassing the current model of European integration. We need to rethink the energy model in its entirety; a post-oil, green and post-capitalist society is the only way forward. We continue to fight for a green industry and a socio-ecological transformation that goes hand in hand with the expansion of workers’ rights.

The pandemic showed the failure of neoliberal governance and policies. The era of austerity policies is coming to an end. Together we can push for a paradigm shift towards a social Europe, proposing concrete solutions for a real step forward. Together, we can protect our future.