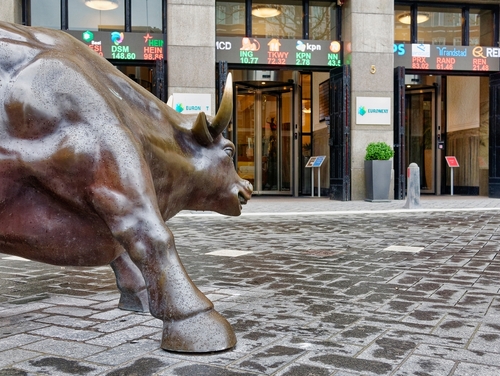 Brussels (Brussels Morning) The end of 2021 saw Amsterdam hold onto its position as Europe’s leading share-trading hub, maintaining its edge over London despite the UK Government’s efforts to make its capital a more attractive financial centre, post-Brexit.

Amsterdam initially overtook London as the leading share-trading venue soon after Brexit, but the British capital bounced back and managed to recover some lost ground in June this year, primarily thanks to a deal made between the UK and Switzerland, which allowed Swiss share-trading to resume in London.

The sudden drop in January occurred because the EU no longer recognised the UK exchanges and trading venues as having equivalence after Brexit. This complicated cross-border dealings and significantly raised their costs.

All Euro-denominated share-trading by EU investors was stopped in Britain, with the Union’s remaining financial capitals competing for their share of the moving market. Amsterdam ultimately emerged as the biggest winner, placing ahead of Paris and Frankfurt.

Meanwhile, Britain has moved to ease its financial regulations in order to make London more attractive to share traders. In August, the UK made it easier to list special purpose acquisition companies on its exchanges, but only one of the companies has opted for a London listing since then. At the same time, Amsterdam’s Euronext had 22 new SPAC listings last year, representing nearly half of all the SPACs coming to European markets in 2021.

Last week, the London Stock Exchange Group (LSEG) reported that it had 122 new companies listed in 2021, raising more than 22.75 billion dollars. This represented the LSESG’s best year since 2007. However, on the other side, Euronext reported it also had a record-breaking year with 212 new listings in 2021 that raised 29.42 billion dollars.