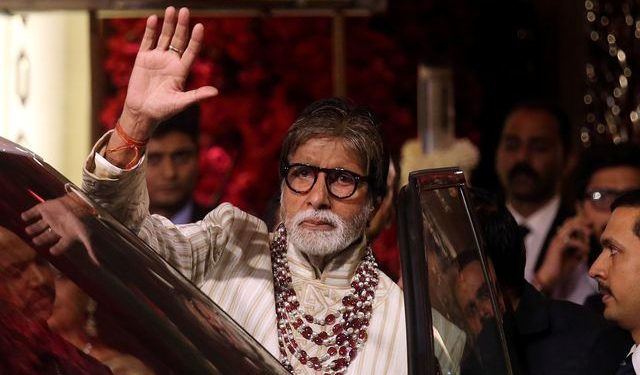 The Bollywood star Amitabh Bachchan has been discharged from hospital, three weeks after being admitted with coronavirus symptoms after testing positive for the disease.

Bachchan’s actor-son, Abishek, who was admitted at the same time, remains in hospital. His daughter-in-law, Aishwarya Rai, and granddaughter Aaradhya were discharged last week.

They were the highest-profile family in India to contract the virus in a country that worships movie stars.

“I am back home. I will have to be in solitary quarantine in my room,” Bachchan wrote on Instagram, saying he had tested negative. He thanked his family, fans “and the excellent care and nursing” at the hospital, saying they “made it possible for me to see this day”.

At the time he said he had “mild” symptoms.

Bachchan, 77, idolised in India and affectionately known as “Big B”, has worked for more than half a century in the film industry. His release from hospital was welcomed by his legion of fans.

Hundreds of wellwishers gathered at the Amitabh Bachchan Temple in Kolkata – built by his fans in the city in 2001 and which has a life-sized statue of the revered celebrity – on Sunday.

“Amitabh is our ’guru’. He is more than god to us,” Sanjoy Patodiya, the secretary of the Amitabh Bachchan Fan Association, told AFP on Sunday before the actor’s announcement.

“His fans are spending sleepless nights praying that their god gets well soon.”