America’s other infrastructure problem centers around its Constitution 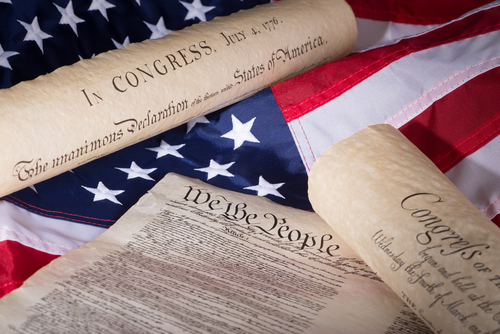 As US President Joe Biden’s far-ranging infrastructure bill attracts discussion, the structural issues at the heart of the US Constitution should not go neglected, argues Lincoln Mitchell.

New York (Brussels Morning) Joe Biden’s infrastructure bill has been decried by some critics as being too broad because it includes money for everything from high speed rail to fixing roads and bridges and from support for care providers to rural internet access.

The critics are correct in asserting that the President’s proposal is very far ranging and ambitious and that is precisely why America needs this legislation. Although this proposal is being touted as an infrastructure bill, it is better understood as an effort to modernise America so that it functions more efficiently and smoothly, and more on par with other affluent countries. This kind of modernisation has been needed for years in the US but the pandemic highlighted that need and increased the urgency to act on it.

Modernising America’s physical infrastructure will strengthen the US economy, help make it more competitive and facilitate continued American leadership on the global stage, but there are other parts of American infrastructure that must be modernised as well.

The US is still governed by a complex and brilliant document that is almost 250 years old. That document is an important one in the history of democracy but it is paradoxically also deeply undemocratic. The US Constitution is the political equivalent of a sacred text in America, but, like many sacred texts, it is no longer an effective blueprint for governance.

The democratic shortcomings of the Constitution including the electoral college and the structure of the senate are widely understood today but the extent to which the Constitutional structure creates problems for American governance receives less attention. Relative to most democratic states the American system stands out in two ways.

First, the federalist system devolves much more power to sub-national entities in the US than in other countries. This sounds technical, but it means that American states have much more power relative to the national government that provinces or other regions have in most other democratic countries.

Second, our national government has many more checks built in that, while making it more difficult to pass truly bad laws, also frequently prevent basic problem solving and other functions of government.

During the pandemic, some have celebrated American federalism as it allowed some states, like Washington and some cities, like San Francisco, to effectively combat Covid. This a legitimate argument, but one that misses the bigger point. First, several states have had Covid policies that were truly dreadful and accelerated the spread of the disease. American federalism suggests that states have the right to make these kinds of decisions themselves, but the obvious problem with that view is that viruses don’t stop at state lines.

The only somewhat less obvious problem with this view is that no modern problems stop at state lines. Climate change, gun violence, poor health care, crumbling infrastructure, racism and all the other challenges we face are not confined to any one state, and what each individual state does affects the country as a whole. Ignoring climate change in Texas or Florida, racist voting laws in Georgia or Texas, or underfunded public education in other states damages all of the country and the entire economy.

It is true that during the Trump era progressive states were important bulwarks against Trump, but that was not enough to stop Trump’s murderous mishandling of the pandemic or to make his racist rhetoric significantly less harmful. Moreover, Trump’s victory, and his party’s control of the senate throughout his presidency was a product of our electoral system that grows out of America’s federalist structures and is undemocratic.

One reason American federalism functions the way it does is due to the abundance of barriers to legislation at the national level. Checks and balances play a valuable role in democracies, but the US has so many checks and balances that it is difficult to pass any laws. While some assert that this forces people to compromise, what it really does it create a tremendous structural bias in favor of the status quo and, therefore, those who currently have power.

The need to pass a law through both houses of congress, the possibility of a presidential veto, the need for 60 senators to vote for cloture and the possibility of any law being ruled unconstitutional in any federal court are just some of the formal structures that make it difficult to make change. Informal structures such as the political power of moneyed interests, the presence of strong interest groups and highly partisan media only make this more difficult.

Americans are fond of citing the founders concerns about tyranny of the majority. However, the system as it is currently constructed not only prevents tyranny of the majority but also simply governance by the majority-or by anybody else. The result of this is that problems from infrastructure to healthcare to climate change and almost everything else go unaddressed at the national level and, at best, unevenly addressed by the states.

Fixing this problem will be extremely difficult, perhaps impossible, but until America’s governing infrastructure is modernised, the country’s economy, democracy and ability to lead in the world will be diminished.