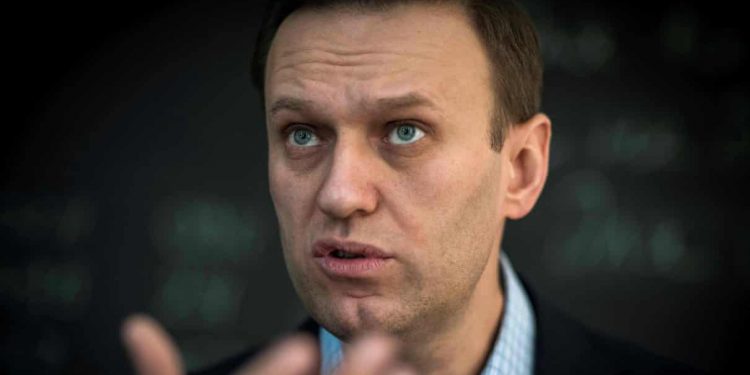 Doctors treating Alexei Navalny for a suspected poisoning have refused to allow him to be taken out of the country for treatment, saying he is too sick to be moved, the Putin critic’s press secretary has said.

The decision was announced by doctors just an hour before a plane was due to arrive to evacuate Navalny to a hospital in Germany. Navalny is currently in a coma in a hospital in the Siberian city of Omsk.

“The plane we have organised for Alexei’s evacuation should land in an hour,” wrote Kira Yarmysh, Navalny’s press secretary, who is currently at the hospital. “The ban on transporting Navalny is an attempt on his life.”

The hospital’s chief doctor told Navalny’s team that his condition was “unstable” without giving further details. The doctor then locked himself in his office and refused to take further questions.

“We can’t allow him to be transported under the care of his relatives if the patient’s condition elicits concern,” the chief doctor of the Omsk emergency care hospital said. “Anything could happen. Even the worst could happen.”

Navalny’s family said doctors had indicated they were ready to release the Kremlin critic to his family, but then suddenly changed their position shortly before the evacuation flight arrived.

“He’s not in a very good condition and we can’t trust this hospital,” Navalny’s wife, Yulia, told journalists at the hospital on Friday morning. “We demand they release him to us so we can treat him in an independent hospital with doctors whom we trust.”

Navalny’s family and supporters had earlier urged Russian authorities not to interfere as supporters of the stricken opposition leader prepared to fly him out of the country to be treated for a suspected poisoning.

A plane left Nuremberg with a medical team in the early hours of Friday and, according to German media, would head to Omsk before returning to Berlin with Navalny, where the Charité hospital was ready to treat him.

Jaka Bizilj, founder of the German NGO Cinema for Peace Foundation, told newspaper Bild: “The plane is in the air, we have all the necessary paper and hope that Alexei is ready for transport tomorrow morning so that we can fly to Berlin.”

Navalny’s team says doctors have intentionally avoided diagnosing him with poisoning. Ivan Zhdanov, the director of Navalny’s Anti-Corruption Fund, said a police official told him they had found a “deadly substance” in his blood, but refused to divulge which one, citing the ongoing investigation.

“This substance presents a risk to the life of not just Alexei, but those around him too,” Zhdanov relayed the words of the police official. “Everyone around him should be wearing protective equipment.” Navalny’s team believed hospital officials were stalling for time, possibly until the poison left his system.

In a video statement released on Thursday night, she said: “We ask the management of the hospital where Alexei is lying now not to obstruct us in obtaining all the documents necessary for his transfer

Navalny was flying from Tomsk in Siberia to Moscow on Thursday when he suddenly fell ill and lost consciousness, prompting the captain to make an emergency landing in Omsk. Mobile video shot on the plane showed medical personnel rushing onboard as Navalny screamed.

Navalny, 44, was in a coma and on a ventilator in intensive care in Omsk, said Yarmysh on Thursday. She advised against trusting any other sources of information on Navalny’s health.

Hospital officials in Omsk have given contradictory information about his condition and have not allowed his family or supporters in to see him. Anatoly Kalinichenko, the deputy chief doctor of the hospital, confirmed that Navalny was unconscious and on a ventilator, but called his condition “stable”. Doctors “are currently engaged in the process of saving his life”, he said on Thursday afternoon.

Hospital staff had also refused to show them the results of tests that would indicate a poisoning, she said. Investigators who said they wanted to check for medicines or other potential toxins had also seized his belongings, she said.

Yarmysh believes a cup of tea Navalny drank at an airport cafe contained a toxin, and was the only thing he had ingested that morning. “I am sure this was deliberate poisoning,” she said, tying it to upcoming elections in the Siberian regions they had visited.

If confirmed as a poison attack, it would be the latest in a series of high-profile assaults, often with poison, against opposition figures and Russian dissidents that includes the 2018 poisoning of Sergei Skripal and the 2015 shooting death of opposition politician Boris Nemtsov.

“I hope that he can recover and naturally whether it be in France or in Germany he can receive from us all the help and medical support needed,” Merkel said in a joint news conference with Macron.

Putin’s spokesman Dmitry Peskov wished Navalny a “speedy recovery”, adding that the Kremlin would help move him abroad if needed. Peskov said claims of poisoning were “only assumptions” until tests proved otherwise.