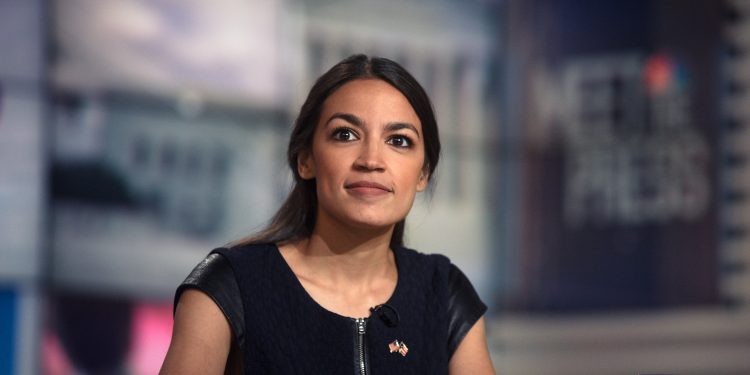 Representative Alexandria Ocasio-Cortez accused NBC News of spreading an “incredible amount of damage and misinformation” overnight on Tuesday after the network construed a routine procedural speech by her as a snub of the Democratic presidential nominee, Joe Biden.

Speaking on the second night of the Democratic national convention (DNC), Ocasio-Cortez was assigned to second the nomination of Senator Bernie Sanders as president. Sanders ended his presidential bid and endorsed Biden last spring, but he was in line for a formal nomination as part of the process of transferring his delegates to Biden.

Ocasio-Cortez had originally endorsed Sanders for president during the primary season before switching her support to Biden.

“In a time when millions of people in the United States are looking for deep systemic solutions to our crises of mass evictions, unemployment and lack of healthcare,” Ocasio-Cortez said in a short speech on Tuesday, “en ​espíritu del pueblo​ and out of a love for all people, I hereby second the nomination of Senator Bernard Sanders of Vermont for president of the United States of America.”

Soon after, NBC News sent a tweet that seemed to impute some intrigue to the fact that Ocasio-Cortez had not endorsed Biden for president. Such endorsements are not typically conferred in the convention setting and there was no reason or expectation for Ocasio-Cortez to do so.

But an NBC News account tweeted: “In one of the shortest speeches of the DNC, Rep Ocasio-Cortez did not endorse Joe Biden: ‘I hereby second the nomination of Sen. Bernard Sanders of Vermont for president of the United States of America.’”

Hours later, the tweet was deleted and an editor’s note was appended reading, “This tweet should have included more detail on the nominating process.”

But Ocasio-Cortez and others were dissatisfied, accusing the news outlet of stoking false controversy at a time when the Democratic party faces a generational divide between leaders like Ocasio-Cortez, a 30-year-old progressive, and Biden, a 77-year-old who won his first Senate race 17 years before she was born.