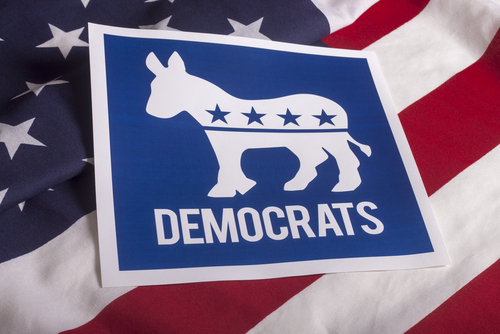 The USA, (Brussels Morning Newspaper) The midterm elections are now slightly over two months away. During much of the second half of 2021 and the first part of 2022 the consensus among political observers was that the Republican Party was going to rack up big wins in those midterms. Most expected them to win back control of both the House of Representatives and the Senate, the former by a large margin. This was presented as evidence of the failure of the Biden administration and the enduring strength of the not quite post-Trump GOP.

In the last few months this narrative has changed. The Biden administration achieved some new legislative successes, most notably in the passage of the Inflation Reduction Act, which is really a climate change bill. The confirmation of Justice Ketanji Brown Jackson a few months earlier, followed by the Supreme Court overturning Roe v. Wade both energized the Democratic base and helped make the case about the importance of Supreme Court as an election issue. Inflation has been curbed somewhat; and the FBI search of former President Donald Trump’s home at Mar-a-Lago and the January 6th Committee, highlighted the sleaziness and criminality of Trump and indeed the party he still leads.

Recent election results have also supported the idea that 2022 may not be quite as big a Republican year as initially thought. In early August, voters in solidly Republican Kansas voted to uphold abortion rights in that state. Last week in a special election in the 19th congressional district in New York State, which includes much of the Hudson Valley, Democrat Pat Ryan narrowly defeated Republican Marc Molinaro by a margin of about 2.2%. That is hardly a landslide, but that district went for Biden by an equally narrow margin in 2020 and was carried easily by Donald Trump in 2016. If 2022 was shaping up to be a big Republican year, NY-19 should have been an easy win for the GOP.

Another special House election, this one in Alaska brought more bad news to the GOP. Alaska is a solidly Republican state. Other than 1964, Alaska has voted for every Republican Presidential candidate since 1960 and generally elected Republicans to the senate and to its lone seat in the House of Representatives. On Wednesday when all the votes were finally counted in the special election to succeed the recently deceased Republican Congressman Don Young, who had served in the House since 1973, Democrat Mary Peltola had defeated Republican Sarah Palin. Palin is Alaska’s former governor, who resigned before finishing that term, and the 2008 Republican nominee for vice-president. Palin was not just a pro-Trump MAGA candidate but was almost a proto-Trump. Beginning in 2008, her political style has long been brash, uninformed, angry, entitled and aggrieved, all hallmarks of today’s Republican Party.

The Alaska race is particularly significant because a prominent celebrity with ties to Trump lost in a solidly Republican state. The rank choice system in Alaska provides some insight into the race. It turns that the votes for third place finisher Nicholas Begich, a Republican from a prominent Democratic family, did not go to Palin by enough of a margin to defeat Peltola. This suggests that animus towards Palin was a driving force in the election. That cannot be good news for candidates like Dr. Oz in Pennsylvania or Herschel Walker in Georgia. Both are, like Palin, c-list celebrities with strong ties to Trump and little knowledge of government. Palin’s defeat is a sign both that the Democratic Party may be in better shape that it seemed a few months ago, and that candidates matter.

Democrats should not be planning any victory parties just yet. It is still likely that the Republicans will get a majority in the House of Representatives, but that majority may not be as big as they had initially hoped. If the Democrats end up with even 200 of the 435 House seats, it will be a disappointing outcome for the Republicans who spent much of late 2021 and early 2022 promising a landslide. However, if the trends of the last month or two continue, the Democrats will have a real chance of retaining control of the senate. Republican candidates like Walker in Georgia, Oz in Pennsylvania and Blake Masters in Arizona are hard-line MAGA types who, like Palin, in Alaska, are struggling to win votes from outside the GOP base.

Palin’s defeat in particular underscores a core problem facing the Republican Party. The pro-Trump MAGA faction is by far the dominant force within the party. They are able to win primaries, define the GOP to the rest of the country and keep the focus of the Republican Party firmly on Trump. All that makes the party less competitive in general elections. The big wins by Ryan and Peltola do not mean that Biden or the Democrats are genuinely popular, but simply that voters see the alternative as worse-and that may be enough for the Democrats to stay close in the midterms.