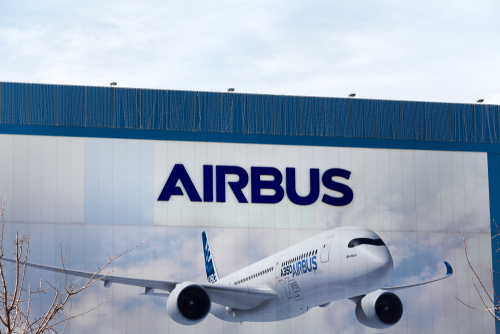 Brussels (Brussels Morning) The European aerospace and defence giant Airbus has been forced to reshuffle its top management after two of the company’s key executives announced plans to leave the conglomerate, Reuters reported.

The reshuffle, reportedly the largest since CEO Guillaume Faury took over the company’s reins two years ago, will include both a management structure and a technical resources ownership reform.

The move was prompted by the planned departures of Dirk Hoke, head of the company’s Defence and Space division, and Grazia Vittadini, the Chief Technology Officer (CTO), both of whom will step down from their current positions come 1 July. According to a brief statement by Airbus on Monday, the two executives are both leaving “to pursue opportunities outside the aerospace group”.

Hoke, whose chief responsibility was to lead efforts to co-develop the next generation European fighter for France, Spain and Germany, has just clinched a critical deal with France’s Dassault Aviation, following weeks of tense discussion over the partners’ share of the work on the Future Combat Air System programme.

As part of the management reshuffle, production chief Michael Schoellhorn will replace Hoke as head of the defence division, with military aircraft head Alberto Gutierrez succeeding him in overseeing production. The military aircraft unit will be run by the current chief of engineering, a role which is being merged with that of the CTO position and assigned to Sabine Klauke.

According to Airbus, the shake-up will lead to more in-depth cooperation between activities across the board. It will enable the company to move away from the legacy organisational structure, which used split engineering functions between the two positions in the company’s top management committee. According to industry insiders, the previous approach invariably led to turf battles over key resources within the company.

Hoke, reportedly once seen as a potential future CEO for the conglomerate, has been involved in discussions about his departure for some months. Even though Faury’s three-year term is set to expire next year, the current CEO has given no indication that he plans to step down, having steered the company through the worst of the 2020 coronavirus pandemic.