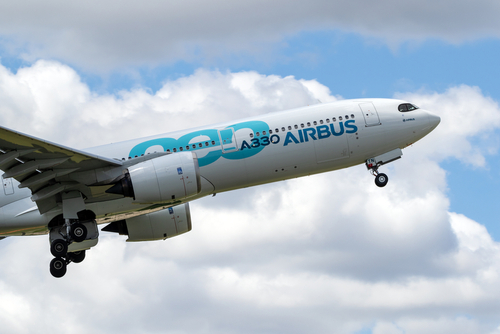 Brussels (Brussels Morning) French flag carrier Air France and the Airbus aerospace company want the EU to use its green funds to subsidise aircraft sales, according to documents just released by InfluenceMap, the lobbying watchdog.

The two companies called on European Commission officials to divert funds allocated for the bloc’s green push in order to help subsidise newer models of aircraft as a way of lowering greenhouse gas emissions by replacing older and less fuel-efficient jets, Reuters reported on Thursday.

Air France pointed out in late March that “support could take the form of a ‘green stimulus’ subsidy scheme”.

InfluenceMap, which obtained the documents under freedom of information regulations, maintained that the Air France-KLM Group’s lobbying efforts are not in line with the group’s public announcements about the EU’s environmental policies.

In February, the EU’s aviation sector asserted it plans to become carbon neutral by 2050.

Airbus stressed that “financing support for airlines to retire older, less environmentally friendly aircraft early and replace them with new fuel-efficient aircraft” could cut greenhouse emissions in the short term.

If the European Commission follows the advice of aviation sector lobbyists, it could reignite the dispute between the EU and the US over subsidies to the sector, which the two sides have been looking to resolve.

The InfluenceMap report stressed “the industry has communicated high-level support for net-zero EU aviation emissions by 2050 while opposing specific national and EU-level climate regulations to help deliver that target”.

Meanwhile, the Airlines for Europe industry group maintains “the idea that we have ‘actively lobbied’ against EU climate policies to reach these targets is false” and insists “we are committed to accelerating our carbon emission reductions to reach net zero emissions by 2050″.