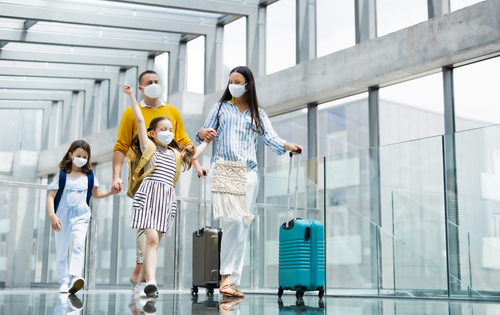 Brussels (Brussels Morning) The Franco-Dutch airline Air France-KLM is struggling with an increased first-quarter operating loss, as sales have shown little sign of a travel industry recovery so far. Nonetheless, the group continues to hold out hopes for an improvement by summer, Reuters reported.

On Thursday, Air France-KLM also announced that it plans to raise more capital in the coming months – in addition to the 4 billion euro state-backed recapitalisation scheme approved by the European Commission – which has pushed the group’s stock price down 1.1%.

The troubled group already took a 10.4 billion euro bailout from the government last year, before raising an additional 1 billion euro in an April share issue to the French government, which increased its stake in the airline to 28.6%. Air France also converted a 3-billion euro government loan into hybrid capital.

It will now seek to raise more, with the group’s Chief Financial Officer Frederic Gagey claiming that the process would gradually transform its debt and state aid into “market-credible products”. Air France-KLM expects to reach half of its pre-pandemic flight capacity during the second quarter, and is looking to pick up to 65% by sometime between July and September.

“We’re waiting to see the first effects of vaccination,” Gagey said. He noted that current demand is showing “no noticeable improvement,” with customers often waiting until the last minute to book their flights.

European air carriers are still waiting for the region’s slower vaccination drive to pick up the pace sufficiently to allow for partial recovery of air travel, aware that it is already well on the road to recovery in China and the US.