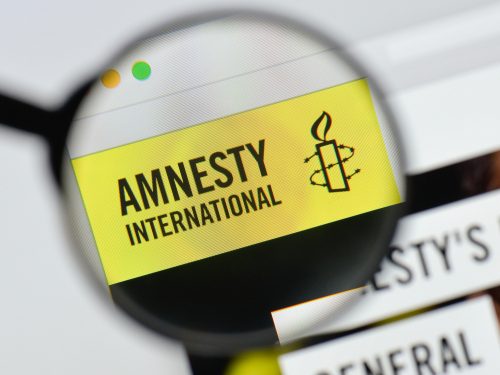 Brussels (Brussels Morning) After publishing its annual report on global human rights on Wednesday, Amnesty International noted that one of the greatest problems the organisation faces in its work is being denied access to information by state authorities, RFI reports.

Amnesty head Agnes Callamard said that state authorities are rarely forthcoming when investigating human rights abuses, and being denied access to information is a common and recurring feature of the organisation’s investigations.

Citing some of the cases in which governments refused to provide answers, Callamard pointed to the extrajudicial execution of Saudi dissident and journalist Jamal Khashoggi, the persecution of the Uyghur minority in China’s Xinjiang province, and numerous atrocities being committed in Yemen.

Callamard noted too how France has yet to answer questions regarding the 2013 murder of two RFI journalists in Mali.

“The French military authorities have not been forthcoming with the information surrounding their execution, preferring to hide behind the caveat of ‘protection of defence secrets’, thus hiding the truth”, Callamard told RFI.

Ghislaine Dupont and Claude Verlon, a journalist and a technician with Radio France International, were abducted and killed on 2 November 2013 in the town of Kidal in northern Mali. French special forces reportedly attempted to chase the kidnappers immediately after the abduction. However, French authorities have remained more or less tight-lipped about the incident ever since.

Callamard also observed that, when French hostages were freed in Mali in October 2020, France was involved in their release, as was the suspect believed to have ordered the murders of Dupont and Verlon.