Agnes Chow: the Hong Kong activist who gave up UK citizenship to fight for democracy 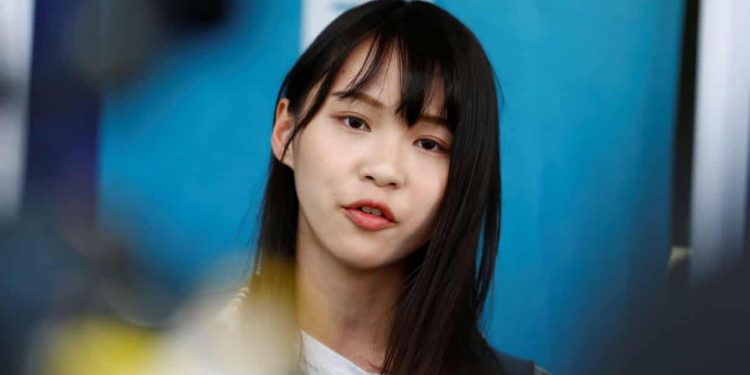 Agnes Chow, the Hong Kong activist arrested this week along with media tycoon Jimmy Lai, has become a prominent figure in the city’s democracy movement in recent years, including as co-founder of the Demosisto political party.

She has previously said she grew up in an apolitical household, but at the age of 15 was inspired by growing numbers of young people agitating for change, including protests against government plans in 2012 to introduce “moral and national education” in schools.

It was while acting as spokeswoman for the Scholarism student activist group that she first met Joshua Wong.

Chow, Wong and Nathan Law gained notoriety during the 79-day “umbrella movement” protests in 2014 that demanded universal suffrage for Hong Kongers. As a result of those protests she formed Demosisto, an unabashed pro-democracy youth party with its eyes on gaining representation in the legislative council. The plan was successful but its four candidates were then disqualified for modifying the oath of office when they tried to take their seats.

Chow attempted to run in the resulting byelection, giving up her British citizenship and deferring her studies in order to do so, but was disqualified by the electoral affairs commission because of her advocacy for self-determination. The commission controversially ruled it to be against legal requirements that candidates uphold the Basic Law and pledge allegiance to Hong Kong.

“The ban against me isn’t personal, it’s targeting an entire generation of young people who have a different view from the government,” she told the Guardian in 2018. “The government only wants young people who will show their affection for China and the Communist party. Any deviation of thought is now unacceptable.”

As the anti-extradition protests of 2019 grew into the broader pro-democracy movement, Chow’s profile increased. She and Wong were among those arrested over a protest in June outside police headquarters, suspected of participating in and “inciting others to participate in an authorised assembly”. Last week she appeared in court, after pleading guilty to the offences in the hope of a lighter sentence. She told supporters she was mentally prepared to serve jail time.

Chow is fluent in English, Cantonese and Japanese, and has travelled to Japan where she has a sizeable following. She has frequently tweeted in Japanese, although has not posted anything since 30 June when the national security laws came into force, and she announced the disbanding of Demosisto. She and Wong remained in Hong Kong, while Law fled to Britain.

Chow’s arrest this week has raised concerns that the new law is being applied retrospectively to key opposition figures.

As with Lai, who is facing additional protest-related charges, arrests under the national security law have higher stakes. Analysts have noted that those arrested on foreign collusion offences could potentially be transferred to the mainland for trial, where the judiciary is routinely criticised as opaque and where around 99% of all cases result in conviction.