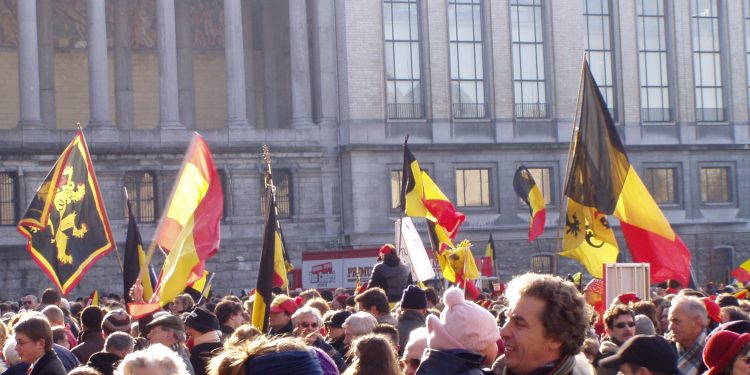 The umbrella organisation Belgium United for Freedom is planning another corona march next Sunday. The critics of the health policy regret that, despite the large-scale mobilisation, they have not yet been allowed to talk to politicians. “What is this government for, if we are not heard?”

This Sunday, organiser Sarkis Simonjan hopes to bring together thousands of demonstrators again. This time, the procession will move from the North Station to the Atomium, where speeches will be held. The underlying organization Belgium United for Freedom has a clear demand this time: the impeachment of the government.

The police zone of Brussels-Capital Ixelles is aware of the request for the demonstration, but has not yet given a definitive green light. First, the technical details are discussed with the organizer.

Petition to be heard

A petition will also be online in the run-up to the demonstration. The aim is to collect 25,000 signatures there. After all, anyone who collects so many signatures – at least 14,500 of them from people in the Flemish Region, 2,500 from the Brussels-Capital Region and 8,000 in the Walloon Region – can be heard on the subject in the competent parliamentary committee.

“We have been demonstrating with thousands of people since November,” says Simonjan, according to a report by BRUZZ. “We protested against mandatory vaccination for healthcare and against the CST.” After a series of letters to ministers, ministers-presidents of the communities and even the king, the collective has not received a single answer. “What is this government for, if we are not being heard?”

After three previous ‘marches for freedom’ in November and December, Belgium United for Freedom is therefore now organising the first ‘march for government impeachment’. “It’s a different subject, I hope we can stick to one edition,” says Simonjan. But he does not rule out future marches on the same theme.

Will it get out of hand again? Simonjan hopes not, and he distances himself in advance from any political movement that joins the demonstration. At the same time, he also sees how demonstrators are losing their patience. “It is increasingly difficult for protesters to remain peaceful. Where can people go with their anger? Only to a demonstration.”