After Council’s ‘nights of the knives,’ Parliament plans to prove its worth 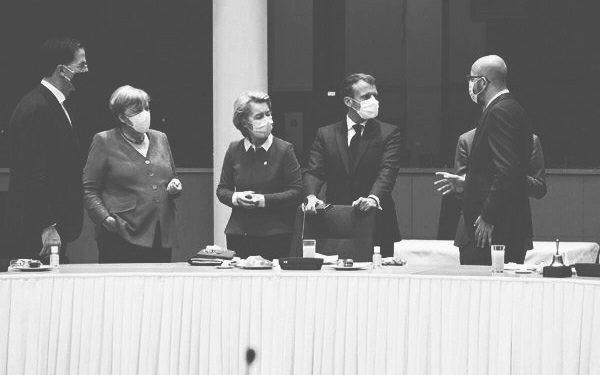 There is something almost Dickensian in the European Parliament’s role in the inter-institutional process – beset as it is by a legislative poverty that obstructs its formal right of initiative, unlike most Parliaments worldwide.

Yet on budgetary matters, opportunity does befall this echo chamber of eccentrics, upstarts, and oddballs, and Parliamentarians seize the opportunity to prove their worth to the European project.

Having a veto right on consenting to the EU’s multi-annual financial framework (MFF), the balance of power within the EU institutions, does, however fleetingly, tip in the balance of the only democratically elected body on the bloc.

We saw a glimpse of this earlier in the week, during a visit to the Parliament from Commission President Ursula von der Leyen and Council President Charles Michel, with the former conceding that she was well aware the new budget – featuring sweeping cuts to various programmes meant to deliver on the Commission’s digital and green transitions – is a “bitter pill to swallow.”

For their part, confidence among Parliamentarians is strong, however. Manfred Weber, the leader of the EPP group in Parliament, of which von der Leyden is a member, quipped that his colleagues are not yet prepared to swallow such a bitter pill.

However, the most lethal of bitterness has been reserved for a select division of the member states themselves, particularly with the theatrical and Machiavellian antics of the Netherland’s Prime Minister Mark Rutte – who at one stage, in an air of wicked joviality, told reporters that the summit could go on until the following weekend.

For their part, the journalists lamented – tears of fatigue bittering their sweet, sickly coffees for the 92 hours that talks had been in progress – until a deal was finally brokered in the early hours of Tuesday, on a €1.8tn agreement comprising the new long-term budget and a €750bn recovery fund.

One nation that certainly wouldn’t have made any friends this time around is Finland. The Nordic country’s Prime Minister Sanna Marin flirted with the Frugal Four – the contingency of countries calling for a majority of the proposed €750bn recovery fund to be distributed in the form of loans, rather than grants.

In the end, the final deal comprised €360 billion in loans and €390 billion in grants, compared to the original €500 billion grant and €250 billion loan proposal made by the Commission.

For the Frugals – Austria, Sweden, Denmark, the Netherlands – this seemed to do the trick, along with the rebates that each country was promised.

For the Finns, however, they were left with egg on their face, the liaisons with the promiscuous frugal four having dampened trust at the EU level, while returning to Helsinki with no rebate, unlike its Nordic partners.

One EU official told me that the political judgement of Marin’s moves to align more closely with the Frugals could play out badly for her reputation in Brussels in the long-term, and brand her with an unsavoury character in the eyes of the southern states, who were desperate to secure as easy access to funding as possible.

For her part, Marin has admitted that she was “very tough” with Spanish Prime Minister Pedro Sanchez in her bid to reduce the level of grants issued as part of the recovery fund but was nevertheless satisfied with the eventual agreement.

But rather than quarrelling with one another – EU leaders should now however be more concerned with the grievances emanating from members of the European Parliament – who have been quick to raise concerns over the new MFF.

How the Council massages Parliament over the next few months will be telling. Remember that as part of the 2013 agreement on the previous long-term budget, Parliament opposition to certain elements in the MFF was only placated by certain symbolic appeasements, including the creation of a task force to dig deeper ‘own sources’ of EU funding, as well as a mid-term review.

This time around, however, Parliament is looking to impose itself on the future long-term budget of the EU more substantially. As part of a resolution adopted earlier this week, MEPs want to see an increase in funding for various EU-programmes, more concrete conditionality clauses between member states’ access to funding and the upholding of the rule of law in their countries, as well as better commitments to establishing own sources of funding for the budget.

While EU leaders may parade around their capitals as if they hold the power of the purse in the EU budget, the European Parliament has in fact the clout to impose a certain authority on future proceedings.

The ‘nights of the knives’ that occurred over the past week or so was only the first obstacle in a series of European disputes that will plague Brussels in the coming months, over what will probably go down in history as an ‘imperfect deal’ in the continent’s hour of need.