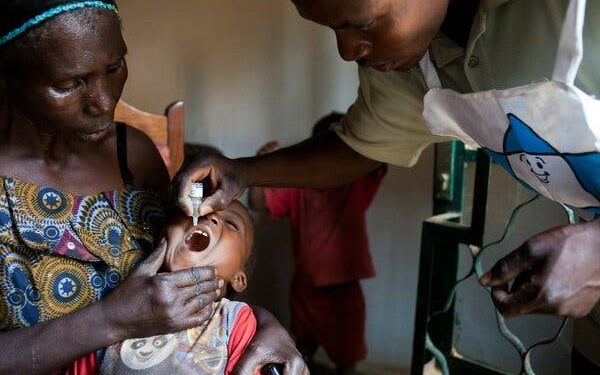 Africa is expected to be declared free from wild polio, after decades of work by a coalition of international health bodies, national and local governments, community volunteers and survivors.

Four years after the last recorded cases of wild polio in northern Nigeria, the Africa Regional Certification Commission (ARCC) is expected to certify that the continent is free of the virus, which can cause irreversible paralysis and in some cases death.

The achievement is the result of a campaign to vaccinate and monitor children in Borno State, the final front of polio eradication efforts on the continent, and the heart of the jihadist insurgency in Nigeria.

“It’s been a momentous, massive undertaking, with amazing persistence and perseverance, coming in the face of moments when we thought we were just about there, then we’d have a reversal,” Dr Matshidiso Moeti, the World Health Organization (WHO) regional director for Africa, said.

The WHO, she said, had played a central coordinating role within the Global Polio Eradication Initiative – a coalition of national governments and local leaders, working with Unicef, the Bill and Melinda Gates Foundation, Rotary International, the US Centers for Disease Control and Prevention – and with millions of community volunteers across the continent.

Improved surveillance, tackling violent levels of vaccine scepticism that fuelled deadly attacks on health workers and the inclusion of polio survivors within eradication teams were key factors in wiping out the virus, said Moeti.

“I would really like to pay tribute to polio survivors, who have joined in the fight, who have helped in sharing their experiences of disability with polio and the impact this has had on their lives,” she said.

The fight now is to improve the lives of survivors, said Moeti.

“This moment underlines the importance of paying attention and better prioritising the needs of people with disabilities in the African region. Health is not just the absence of a disease that can kill, it is a complete sense of wellbeing,” she said.

Musbahu Lawan Didi, co-founder of Nigeria’s Association of Polio Survivors, campaigning for the rights of those with polio , said: “It is incredible that what we have started years ago has built these results. As polio survivors we are the happiest and believe we’ll be the last polio survivors in the country.”

But he added: “Ninety percent of polio survivors in Nigeria live in poverty. Many of us are trawling the streets to survive, begging. It should not be so.”

Dr Rose Leke, chair of the ARCC, an independent body set up by the WHO, said the declaration followed exhaustive assessments of surveillance systems in 47 African countries to ensure no cases were missed

Despite the progress, however, 16 countries in the region are currently experiencing small outbreaks of vaccine-derived polio,which can occur among underimmunised communities.

Efforts to eradicate wild polio globally were spurred by the formation of the Global Polio Eradication Initiative in 1988. Since then, cases of wild polio have fallen dramatically from an estimated 350,000 cases to 33 reported cases in 2018. In Africa, a campaign by leaders from the continent, led by Nelson Mandela, helped drive progress.

But the insurgency in northern Nigeria made the disease hard to shift. In 2013, nine women who were vaccinating children in Kano were shot dead by gunmen suspected of belonging to Boko Haram.

At least 67 frontline health workers involved in polio eradication efforts in the region have been killed, with others attacked and abducted. Several violent incidentswere spurred by a rejection of vaccinations by local communities, said Dr Tunji Funsho, head of Rotary International’s Nigeria polio committee.

“A challenge was insidious rumours that the vaccine is not safe, that it could lead to HIV, Aids, could sterilise women with a view to reduce the population in the northern part of the country,” he said. Suspicion of western aligned medical initiatives, and of efforts to suppress Muslim majorities caught alight in the region.

In July 2003, five states in northern Nigerian suspended the use of polio vaccinations for at least a year. Annual cases in Nigeria then soared, with Nigerian strains of the virus spreading across Africa.

The bitter legacy of controversial medical trials for other diseases in northern Nigeria also fuelled opposition to vaccinations.

But a big effort to appeal to political, community and religious leaders, along with public campaigns and town hall meetings began a gradual turnaround.

In 2015, President Muhammadu Buhari was televised personally administering oral vaccine drops to one of his grandchildren.

“The sad thing is that some rejections are not just because they don’t believe in the polio vaccine, but they have … needs that come first,” said Funsho. For example, polio vaccinations take precedence over healthcare for more fatal diseases like malaria.

“So refusing vaccines becomes a kind of protest against the government,” he said, explaining that it was a way of impressing the need for greater investment in healthcare.

He said in some cases, fathers refused vaccines for their children because they were too ashamed to reveal their children had not eaten and were fearful it would induce a reaction. “We’ve had to make sure we really understand and listen to people’s needs and concerns,” Funsho said.

The increased involvement of polio survivors over the past decade was crucial to addressing the concerns from local communities, said Lawan Didi, who was diagnosed with polio when he was two. “People saw us, and communicated with us. We could explain to them this is not a spiritual thing, but can be prevented with vaccines. It gave them a change of heart.”