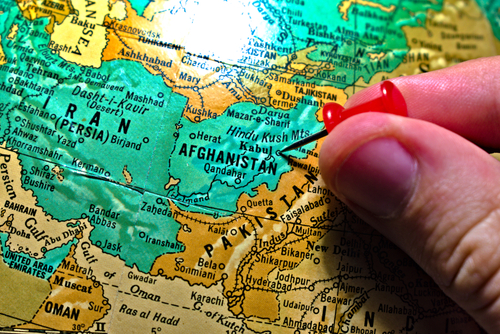 Brussels Morning speaks to the generation of Afghans that found their voice in urban Afghanistan and now fear the silence of the Taliban.

Madrid (Brussels Morning) It’s Saturday, 1 May, the supposed Doha-set deadline for US withdrawal from Afghanistan, which the Taliban see as its surrender. While withdrawal is still set to go forward, the timeline for that exit has been extended to 11 September 2021, the 20th anniversary of the 9/11 al-Qaeda attacks.

All NATO member states and Partnership for Peace countries will begin withdrawing their troops in May, nonetheless, having invested 20 years in human and financial resources in the future of this Central Asian country with many of the discussions now in the US and elsewhere will reflect on the conflict.

The consequences for the people of Afghanistan are equally important and, while the international presence may be depleting in Afghanistan, civil society and the country’s vibrant and brave media remain steadfast in highlighting the country’s continued plight as Taliban attacks are likely to only increase as the deadline for withdrawal nears and eventually surpasses.

Obaidullah Baheer, an author and peace and conflict-resolutions scholar, speaking via Zoom on his daily commute to the university, tells Brussels Morning about the security in the populous and traffic-heavy city, evident as he speaks from his car in the midst of a traffic jam.

Such jams are usual in Kabul, the country’s capital, but also provide ample opportunity for passersby to hide ‘sticky bombs’ on the underneath of vehicles as the pedestrian paths merge seamlessly with the roads. For anyone particularly vocal on politics, the threat is visceral.

While a markedly insecure city and country, in the EU, Italy is the only country that has declared Afghanistan as a whole unsafe, other nations typically defining insecure areas.

Only the day before Baheer’s interview, there is a car bomb blast in Logar, east Afghanistan. He notes that it was right before Iftar and with tables set ready for the breaking of fast, plates were sprayed with blood as 30 people were killed.

Taliban’s refusal to come to the negotiation table at a key Istanbul meeting in April seems to coincide with intensified violence with the group no longer seeking only high-profile targets and journalists, students, civil servants and professors being fair game and in direct danger.

“In case of publication of false news and misinformation by journalists and media outlets, the impartiality of the media and journalists will be seriously questioned”, noted the Taliban spokesman Twitter account of Zabidullah on 6 May, “If this continues, the responsibility for the next steps will fall on the media officials themselves. And be on the staff”.

Just hours later, a former journalist for Tolonews, Nemat Rawan, was gunned down, the dangers of his role as a reporter having triggered him to find a new role with the Ministry of Finance.

Messages of support flooded to the family with a reckoning that his death could symbolize efforts by the Taliban to break down the representation of a new Afghanistan. On Twitter, the hashtag is #TalibanMustStopAfgGenocide started to trend.

Ensuring security for journalists is difficult but an utmost priority, says Lotfullah Najafizada, head of Tolonews, which has the largest editorial team in the country, describing how losing his former colleague was a heartbreaking blow.

As security concerns increase, so do the difficulties of reporting. Accessing information and places, in rural Afghanistan in particular, and confronting powerful individuals is an increasing challenge.

Najafizada says when the rule of law diminishes, more people violate the law, creating a challenge for truth seekers and media professionals. Still, he sees it as his duty to leverage Afghanistan until its tragedy sees some sort of end. The dangers of the job have meant that some journalists have left the profession while others have been forced to the country.

Najafizada iterates, however, that the number of fatalities and exiles are small in comparison to the strength of the media in Afghanistan, which numbers around 10,000 people in the profession. Against the benchmark of the region, the country’s media is one of the freest and with a strong resolve making it a success story in some regards.

Obaidullah discusses how peace talks are supported by everyone with many local stakeholders viewing them as an unnecessary international acceptance of the Taliban. In that respect, US withdrawal guarantees more violence, because there is no current commitment to peace. Some who have the funds and ability are preparing to leave or move their money out of the state.

Since the Doha talks began, some 3,000 Afghans have lost their lives, 2021 is shaping up to be a year of bloodshed, sadly. Brussels Morning spoke to several Afghans who restated a daily fear of being added to the Taliban hit list and encountering sticky bombs beneath their cars. Still, resistance exists through the political process, education and journalistic integrity.

There is a growing sentiment that unlike the 1990’s, the Taliban will not be greeted back with open arms. Instead, there is a greater resolve to see a democratic system that all Afghans get a say in, despite the resulting political system. One former high-level politician based in Kabul put it like this: if you are not a 100% ally to the Taliban, you’re 100% their enemy.

The Taliban are also not poised to take a political stance in the near term, witin the formal Afghan government. They do not constitute a political party and those negotiating in Doha are far removed from the reality of the Taliban militia leadership or decentralised foot soldiers. Ultimately, they have no capacity to handle normal governmental issues, such as pollution, infrastructure or education. Afghan academic Dr. Omar Sharifi cited the example of Syria to illustrate how jihadi groups regularly fragment and that the Taliban is not a monolithic entity.

It, like the future of Afghan politics, is not straightforward and Afghanistan is in a state of ambiguity, says Najafizada. But what is certain is the Taliban are assaulting the very structures that represent the young Afghan generation, bombing universities, killing journalists and seeking to wreak havoc on the system rebuilt in the last 20 years. Even security forces that fight are mainly made up of men and women who staunchly oppose the Taliban but never grew up under their rule.

That is significant as 64% of Afghans are under the age of 25. Their values were born of an era quite different to that under the group. They are globally connected, use social media, attend schools when possible, and have been exposed to a system in which they have a voice, even if not in an ideal system.

The question is whether the world is leaving or abandoning Afghanistan.

There is a sentiment that any foreign actor who chooses to remain engaged is more or less welcomed, although there is a concerted concern of regional actors like Pakistan or Iran. There is an Afghan desire to stop seeing the country as a theater for proxy confrontation. Around 40 people a day have been killed since the peace agreement. As the US shifts away from the nation, the Taliban show muscle. The fight is not over political leadership but for the very essence of politics.

Najafizada said specifically those in the EU should not turn their back on the gains that have been made in the country. He explained that with this youth movement, there is capacity for give and take.

Our interviews ended with the same question: “did the US and their allies fail in Afghanistan?”

The answer was cryptic. As the Biden Administration announced that al-Qaeda was deposed but American objectives had not been achieved, the Afghan narrative is limited. The state of the democratic order is the greatest concern and what progress was made in the cities may crumble without outside support. Admission of defeat is not necessarily as noble as it sounds.

Sharifi notes that the reality of human rights in Afghanistan is not simply an Afghan concern but an issue of global consequence. Obaidullah leaves me with an interesting quote: “The US does not lose wars, it loses interest”.

For the sake of what has been achieved, every NATO and military official I spoke to hopes that logistical support for the Afghan forces (ANDSF) continues. Each person mentioned and those who needed to remain innominate have the same end objective: a prosperous, safe, and internationally connected nation. Many of them are the young generation of the nation that feels entitled to a different future.

They have a lot of fight left in them. Most cannot stand the idea of silence now that they have found their voice.