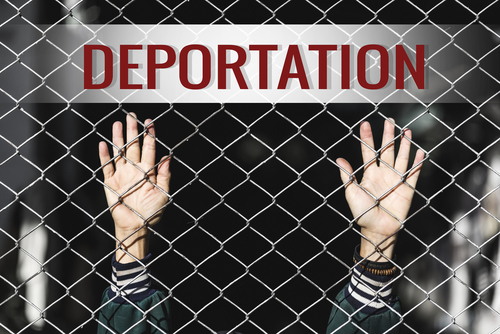 Brussels (Brussels Morning) Afghanistan has called on European nations to delay deportations of its citizens for three months to ease pressure on the country as its security forces try to contain the growing Taliban offensive.

The UN has warned that the escalating conflict is causing “more suffering” in Afghanistan and has appealed for international financial aid, RFI reported on Sunday.

Ramiz Alakbarov, the UN Deputy Special Representative for Afghanistan, noted that as the country struggles amidst the rising conflict, “pre-existing” humanitarian needs are being “further exacerbated”. At least half of the population needs humanitarian aid, he said.

The Taliban are seizing territory and stretching government forces thin, which is causing a new wave of family displacements.

“The escalation of violence by the Taliban terrorist group in the country and the spread of the third wave of COVID-19 have caused a great deal of economic and social unrest, creating concerns and challenges for the people”, the Ministry of Refugees and Repatriation warned in a statement on Saturday.

The ministry called on host countries in Europe to “refrain from forcibly deporting Afghan refugees” in the course of “the next three months”, pointing out that such returns would add to current concern.

According to UN figures, close to 2.5 million Afghans were registered as refugees in 2019, with the overwhelming majority in Pakistan, followed by Iran and Europe. The latest data shows that roughly 570 Afghan refugees returned to the country voluntarily in the first quarter of this year, six being from countries other than Pakistan and Iran.

According to Eurostat, Afghans accounted for about 10% of EU asylum seekers last year, with 44,190 first-time applications out of the 416,600 total.

Last month, Italy’s Prime Minister, Mario Draghi, warned Europe to prepare for a new wave of migration from Afghanistan once foreign forces withdraw from the country.

Earlier this year, several EU member states decided to offer asylum to Afghans who had cooperated and worked with foreign troops during their time in the country, noting that they face real risks of Taliban retaliation.