by Manon Aubry and Martin Schirdewan
in Opinion 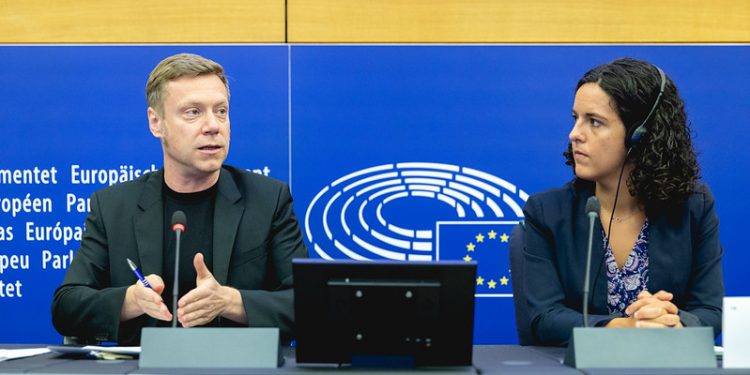 Brussels (Brussels Morning) 23:59 in Kabul on August 30th. Hundreds of Afghan eyes are staring at the sky in despair. The last US airplane has just left the ground. With it, any hope of a last-minute evacuation has vanished into the dark.

Since the Taliban takeover, the Afghan people have been abandoned to a tragic fate. Women and girls in particular face life in what has become an open-air jail, with little hope in the present and the bleakest prospects for the future . Many are now the target of death threats.

After 20 years of US-led NATO occupation, Afghanistan has been plunged into a regime of extreme oppression and fanatical fundamentalism. While the occupation was never a viable solution, the return of the Taliban means new levels of repression and brutality.

For two decades, a generation of women claimed their rights to live and work openly, to go to school and university and aspire to be what they wanted to be. They struggled against the harshest odds to lead a decent life and dream of a decent future, for a society where girls and boys could enjoy equal opportunities and human rights. The Taliban’s full return to power in Afghanistan has now shattered those dreams.

Draped in its values and the Charter of Fundamental Rights, the European Union preaches solidarity, justice and dignity to others, while, all too often failing to live up to them. Now, more than ever, we have reached a point where Europe must act upon its stated values and open humanitarian corridors for refugees. Have we learned nothing from the Syrian crisis? Unfortunately, it seems not. Conservative forces prefer pouring billions of euros into third countries like Turkey, Iran or Pakistan, to finance inhumane treatment and ensure that refugees stay out of Europe at all costs. The total number of Afghan refugees represents a minute droplet, compared to the total population of Europe. Coordinating their reception among EU countries is totally feasible, providing there is the political will to achieve this operation.

The “West”, especially the United States, failed the people of Afghanistan. Neither NATO’s presence nor the trillions of euros spent in war delivered on the promises of peace or democracy to the Afghan people. Rather, they led to the strengthening of the Taliban and left behind a trail of death and destruction.

Today, the EU is once again failing Afghanistan, abandoning its people and continuing in its 20-year-old denial. It is time the member states and the Commission take responsibility and live up to their solemn lectures on peace, democracy and human rights. It is high time that we open our doors and welcome those whose lives are now under threat.

How can the EU sit idly by and be a mere spectator as the lives of women, LGBTIQ+ people, and human rights defenders are crushed into the rubble? Europe must set up humanitarian visas, safe corridors and a dignified reception for all those in danger in Afghanistan and put an end to the externalisation of borders. Crucially, Europe must immediately halt all deportation flights to the country. Fleeing Afghanistan is never a voluntary choice: these women, men and children are refugees trying to escape from a life of horror.

The thousands of Afghans that remain stranded in inhuman camps in Greece or are caught up in a legal limbo in EU countries are a stark reminder of the extent of the European failure. Afghans in Europe need to have their asylum requests approved now.

We have a moral and legal obligation to support the Afghan people. We cannot turn our backs on them. Not again.