Afghanistan evacuations pick up pace, more than 2,000 flown out 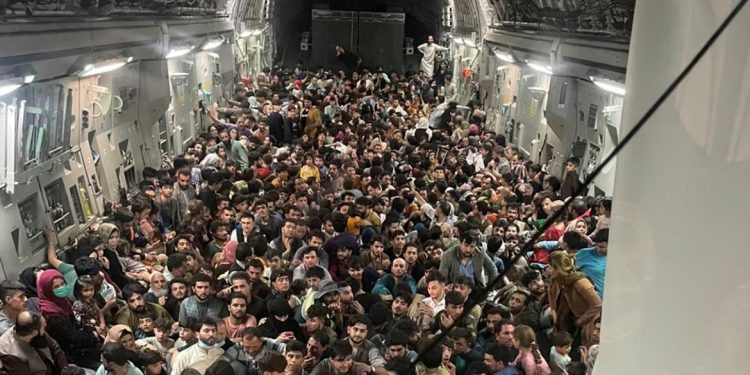 Brussels (Brussels Morning) A Western security official noted that evacuations from Afghanistan are picking up pace, with over 2,200 civilians having been flown out of the country by Wednesday.

The Taliban say they will not attack old enemies, that they want peace and will respect women’s rights as far as Sharia law allows, but many Afghans are desperately trying to leave the country, according to Reuters’ reporting on Wednesday.

The security official noted “we are continuing at a very fast momentum, logistics show no glitches as of now and we have been able to remove a little over 2,200 diplomatic staff, foreign security staff and Afghans who worked for embassies.”

He pointed out that evacuations are carried out on military flights and added that it is not clear when civilian flights will resume.

US troops that control the Hamid Karzai International Airport were forced to halt flights on Monday as thousands of Afghans trying to flee the country overran the facility. The situation was brought under control on Tuesday and flights resumed.

The UK reported it flew approximately 1,000 people out, France said it evacuated 184 Afghans and 25 French nationals, German authorities reported that they evacuated 130 people and Australia noted that 26 people were on the first flight from Kabul.

A Taliban official announced that leaders of the movement will present themselves to the public, stressing “there will be no shadow of secrecy.” The Co-founder of the Taliban movement in Afghanistan, Abdul Ghani Akhund, returned to the country after more than 10 years.

Zabihullah Mujahid, spokesman of the movement, announced that the Taliban plan to impose a softer version of Sharia law than they did in the period between 1996 and 2001, adding “we don’t want any internal or external enemies.”

He noted that women will be allowed to study and work, stressing that they “will be very active in society, but within the framework of Islam.” During the Taliban rule in the late 1990s, women were not allowed to attend school or work, were allowed outdoors only if accompanied by a male guardian and had to wear burqas.

Mujahid claimed that the difference between the Taliban now and 20 years ago is “huge.”