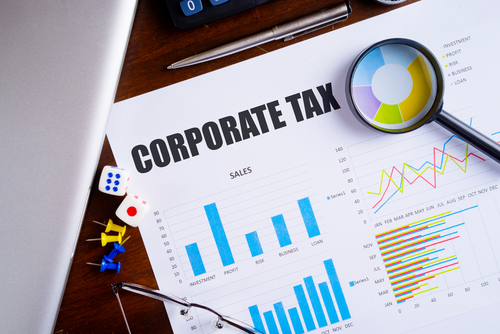 Berlin (Brussels Morning) The agreement by a very large group of countries on a global minimum corporate income tax level of 15% is certainly progress. But a level of taxation not far above the Irish dumping level fails to achieve exactly what high taxes could and should achieve.

Spare a thought for the tax haven

The Financial Times was running a story about Irish resistance (and a few other tax havens) – to the 15% global minimum tax, now accepted by the G20 finance ministers and 130 countries around the globe. That could bring one to tears. Ireland, the poor little country that endured so much poverty and emigration, rose like a phoenix from the ashes largely thanks to a courageous tax holiday in the 1980s. And, just as it is able to offer a standard of living that bears no comparison, it finds itself under an existential threat.

This is a nice story, and it has been told with great emphasis by Irish politicians for many years. But it is, at most, half the truth for Ireland and far less than half for the world. Ireland has undoubtedly transformed from a poor little country to the “Celtic Tiger” because it has done what small countries always practice successfully: they exploit niches and enrich themselves at the expense of their larger neighbours. Incidentally, the Netherlands did the same thing with its wage dumping in the 1980s, and Switzerland also attracts many companies because it offers the low taxes and to their owners and top managers to boot.

Ireland was particularly brazen and, thanks to very active tear-jerking by its politicians, even as a member of the EU, managed to offer companies from all over the world a place to produce and trade within the great European single market, where they not only received high subsidies in the form of cheap land, but also did not have to pay taxes. Yes, the Irish tax rate on corporate profits was zero for many years before massive European pressure raised it to today’s still extremely low level of 12.5 percent.

Many say that in today’s world, 15% is better than nothing, because even huge corporations have effective tax rates that are far lower or non-existent. That’s true. Neoliberalism has made “tax competition” among states, nations, and locations a serious – if not the only – means of stimulating the global economy. The belief in the beneficial powers of competition between firms was simply transferred to nations, as if the model of free markets in which producers’ demands for goods were an appropriate analogy for international trade relations. Why shouldn’t states, just like companies, vie for the favour of their customers and thus ensure that only the “good states” achieve good results?

What nonsense! It has not been understood that competition can only be profitable if it is competition for a certain scarce product or service. Tax cuts, however, are not a benefit at all, but only an attempt to unfairly take something away from others and that states might have been able to do better were if fair trading conditions were in place. But those days are gone, because it is now seen in many corners of the world how shamelessly many companies enrich themselves by not paying taxes. It is also better understood that it is pointless for states to compete to death while global corporations grow bigger and bolder.

Still, a 15% corporate tax rate is only a teensy step in the right direction, but it is far from a solution to the global problem of weak private investment. This extremely low rate is also further evidence that we misunderstand the economic system in which we live. The world is becoming Irish, so to speak, without the Irish ability to take from a big brother. It’s not just a matter of improving tax fairness a little bit and stopping the worst excesses of tax avoidance. That should not be downplayed. But given the fact that today, in almost all developed countries, companies are no longer fulfilling their real role, namely to increase productivity and solve the debt problem with dynamic investment activity, our understanding of the role that corporate taxes play in the dynamic process of national economies must be put to the test.

Even in matters of tax and especially corporate tax, the simplicity of the Swabian housewife widely prevails: those who want to punish corporations take much of their profits, those who want to reward them take correspondingly little; rewarded corporations, this perverse logic continues, will naturally do more for the community than punished ones. Some even argue that corporate taxes should be abolished altogether, because corporations would pass their tax burden on to consumers anyway.

But as with many other economic issues, what matters is not what a comparison tells us but the policy assumptions it is founded on. We are told that that a policy measure taken – i.e., a tax cut in this case – does not change the environment, behaviour, and aggregate profits of firms. That is called a comparative-static approach in microeconomics. That is theoretically inappropriate because what a policy needs is to be assessed in a dynamically-evolving environment, not in terms of two fixed points that have no grounding in reality.

Suppose the government imposes a corporate tax rate of 45%, which is high from today’s perspective, in a dynamic environment, but gives companies the option of using generous depreciation rules to reduce the taxes they would otherwise pay. At this point, 45% is still a high tax rate on its own. But with corporate behaviour changing as a result of the tax rules, 45% can be very low compared with 15%, because that means corporate profits on which taxes are payable are likely to be much higher in a dynamic economy with a 45% tax rate than with a 15% tax rate and low overall economic dynamism.

Consequently, net profits may be higher at higher tax rates than at lower rates. But that is not what matters in the end. What matters to society is that companies go after the bratwurst. Whether they ever catch it is of less importance. What matters is that entrepreneurs are the only group in the economy that can increase their own incomes through higher spending, namely through their investment activities. Entrepreneurs are not civil servants who receive fixed salaries and for whom it is therefore easy to compare what low and a high-income tax rates mean. It is also pointless to simply assume that corporate taxes are passed on to their customers without asking whether and how tax legislation influences companies’ behaviour and investment activity.

The decisive factor for economic dynamism is wage development. And here, the same seemingly paradoxical result emerges: high wage dynamics are better for businesses than low ones. In an environment that calls on companies of every sector to increase wages in a manner that reflects productivity plus inflation (the so-called golden wage rule), every company is forced to direct its efforts towards increasing productivity. In this environment, passing on wage increases to prices is not a problem. All manufacturers of mass-produced goods have no chance of surviving the competition if they do not invest sufficiently to achieve the productivity gains realised by the economy as a whole.

If the two come together, namely the compulsion to adjust to permanent wage increases and a high tax rate, there is a perfect dynamic investment climate. The result is not only a higher disposable income for society, but also for the companies themselves.

Anyone who believes that the investment climate can be improved by driving corporate taxes toward zero, sparing companies from having to adjust to wage increases that are appropriate for the economy as a whole – making the labour market “flexible” – is doing exactly the opposite that an economy with a saving problem needs.

Germany’s Red-Green Alliance championed this so-called supply-side model in the 2000s, going along with the prevailing neoclassical doctrine, introducing massive corporate tax cuts and applying political downward pressure on wages. The result is admirable, leading to the stagnation of private business investment, which did not follow the economic upswing over the past decade.

With the minimum tax for large multinational companies, the international community has demonstrated its ability for global action. This must be acknowledged definitively. This is the first time that a barrier has been erected to the most primitive means of tax avoidance, namely escaping taxation by shifting profits to tax havens. Of course, corporations will continue to try to minimise their tax payments by other means, such as understating profits, so as to reduce their taxable income. However, the fact that the international community has demonstrated its ability to act should also give companies pause for thought as to how much effort they should devote to avoiding a 15% tax rate. After all, it is now globally admitted that inter-state competition on the basis of corporate flat tax cuts is pointless.

The low level agreed upon – even the U.S. considered a 25% tax cut – suggests that the much larger issue of lukewarm economic dynamism and private underinvestment is much more serious a challenge, not least because it yet to be recognised by the global political class. Saving companies that invest little and sit on huge piles of money weakens one of the cornerstones of our modern market economy.

It is true that more and more countries are trying to close the investment gap left by companies through public investment. That’s right and proper in the short term. In the longer term, however, this is not the way society can bounce back to strong productivity growth. We are losing sight of a declining ability to address central challenges, such as the ecologically necessary adjustment of the economy and, at the same time, raising the standard of living for the global masses.