Acquittal could fatally wound the US Constitution 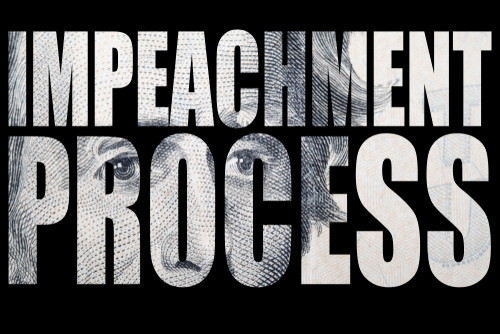 Impeachment Process. Government and Politics in the United States. Impeach the President.

New York (Brussels Morning) One way to think about the second impeachment of Donald Trump is that if nothing had happened — no speech, no rally, no insurrection — on 6 January, a good case for Trump’s impeachment and conviction could be made based on the disinformation campaign, aimed at undermining America’s democratic institutions, that Trump had led in the months leading up to and immediately following the election.

Lastly, even if Trump had tried to stop the insurrection after it started, he would still be deserving of impeachment and conviction for inciting the insurrection. Given that we know that Trump led a disinformation campaign, supported the rally on 6 January, gave an incendiary speech on the same say and then did nothing helpful when violent insurrectionists breeched the Capitol, the case for impeachment and conviction is unambiguous. Accordingly, the question we should be asking the Senate is not whether they will convict Trump, but rather, if they do not convict him then what do they think rises to the level of an impeachable offense.

Despite this, and the extremely strong and powerful case presented by the Democrats, it is almost certain that Trump will be acquitted. In order for the Senate to convict him, 17 of 50 Senate Republicans would have to vote with all of the Senate Democrats. While it is possible that a handful of Republicans will vote for conviction, that number will not approach 17. Some combination of party loyalty, fear of losing a primary to a Trump-supported candidate or simply believing that Trump’s actions and words before and during the events of 6 January weren’t such a big deal, will ensure at least 34 of the Senate Republicans will vote to acquit.

In some sense, because Trump is no longer president, this Republican support for Trump is less of a problem. It demonstrates the depths of GOP political and moral depravity, but fortunately failing to convict Trump will have no concrete or immediate impact on the presidency. An acquittal means Trump can run for office in the future.

That may be a problem for Republicans trying to build support beyond the Trump base but it is not a real concern for Democrats. When Trump is acquitted, it is likely he will claim some kind of victory as he did following his first impeachment acquittal. However, that victory will be extraordinarily pyrrhic. Celebrating the news that only 53 or 55 senators voted to convict would further cement Trump’s post-presidential image as desperate, pathetic and, to use a word that is anathema to the former president, a loser.

Although the stakes are not as high as they would be if Trump were still in office, an acquittal from the Senate should force America to confront the reality that our Constitution no longer is able to offer a solution to the problem of an unhinged and dangerous president. Trump’s actions before, during and even after the insurrection of 6 January are so egregious that a vote to acquit must be interpreted as an acceptance of almost unlimited presidential power. This outcome would mean that in contemporary American politics a president can do whatever he wants as long as he has 34 votes in the senate. This is particularly troubling because, due to the undemocratic structure of the senate, 34 senators could represent well under 20% of the American people.

One of the major theories that informed the efforts by the crafters of the Constitution to “secure the blessings of liberty to ourselves and our posterity” was the separation of powers. Every American schoolchild is taught this, but it is more than just something we learn in schools. This idea is woven throughout the Constitution through a complex system of checks and balances. Supreme Court rulings, and confirmation hearings, presidential vetoes, the different powers given to each of the two houses of the American legislature and the decentralised federalist system are all manifestations of the effort to ensure separation of powers.

Party loyalty of the kind the huge majority of Senate Republicans are displaying overwhelms all of those structures. This may have been an inevitable outcome of the American political system, but now that it is here, it is unlikely to change any time soon.

This coming acquittal, born of strong partisanship, combined with a president who, while in office, displayed no interest in democratic norms, fair elections and lawful conduct, has ripped a hole in the theory and structure of the Constitution. In short, we can either acquit Trump or we can continue to have a Constitutional system that checks presidential power and protects our freedoms, but we cannot do both.