ABVV organizes general strike in the week of November 7 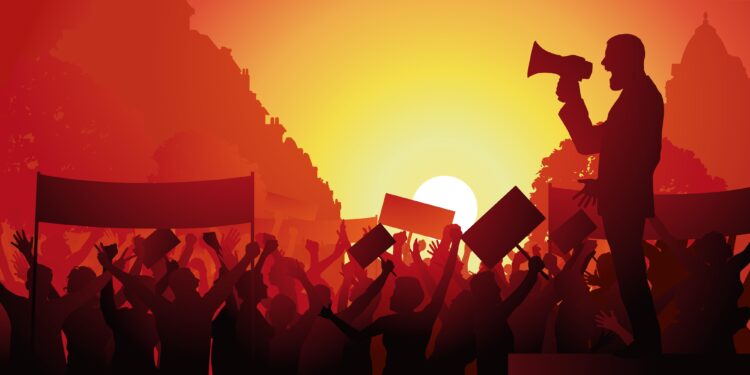 Brussels, (Brussels Morning)- The socialist trade union ABVV organised a general strike in the week of 7 November. Chairman Thierry Bodson announced this on Tuesday, after a federal committee meeting. A national day of action will also be organised in the week of 19 September, with Brussels as the meeting place.

In mid-September, the ABVV also wants to present a set of requirements with a common union front. Here too, the 1996 law, which was subsequently amended by the Michel government, comes into its own. However, reform of the wage standard law is not on the agenda of Prime Minister Alexander De Croo’s Vivaldi coalition (Open VLD). The liberal parties are strongly against it.

The welfare envelope – the budget for increasing benefits – must also be included in the set of requirements. The social partners make the decision about the distribution of the welfare envelope, but if unions and employers cannot agree, the government takes over the file.

According to the ABVV, the employers’ organisations have linked this file to the negotiations on a new interprofessional agreement. In other words, the socialist union does not expect an agreement by the September 15 deadline. “We want to go fast. With at least 80,000 participants in the demonstration on June 20, we could not go without an answer,” Bodson told Belga.

The Christian union is not sure whether or not it would participate in the strike and action day that the ABVV is planning. “We are now fully committed to the parliamentary hearing and then we will look within our administrative bodies to see what still needs to be done to get the bad wage standard law off the table, because many people are facing major purchasing power problems,” the union response. “As already indicated by chairman Marc Leemans during the demonstration on 20 June, the whole range of possible actions in the autumn is on the table.”

The Social Affairs Committee of the House is organising a hearing on the wage standard law, following the more than 87,000 signatures that the unions collected for the petition. It is the first time that it comes to a hearing in the House through this consultation procedure.