A new Corona march is passing through Brussels today 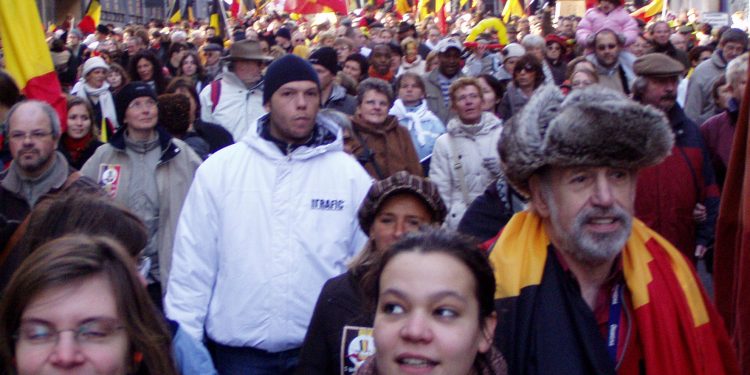 Belgium, (Brussels Morning Newspaper)  On Sunday/today, another corona march will pass through the capital. The demonstration is organized by Belgium United For Freedom and puts forward a clear demand: the impeachment of the government. The manifestation starts in the afternoon at the Brussels-North station and ends this time at the Atomium. The march has been approved by Brussels mayor Philippe Close (PS), the Brussels police reported on Friday.

The organization Belgium United For Freedom declares that it is not against the corona measures themselves, but against the way in which they are implemented. They say they regret that the government is not listening to the part of the population that does not want to be vaccinated, according to a report by BRUZZ. That is why they are taking action: a petition has been started to be heard in the Chamber of Representatives.

The manifestation is scheduled to start at 13.00 at Place Simon Bolivar at Brussels-North station. From there, it goes in the direction of Jules De Troozsquare, over Koninginnelaan and along Koninklijk Parklaan and Kunsenaarsstraat. Via the Emile Bockstaellaan and the Jan Sobieskilaan, they will arrive at the Eeuwfeestlaan and end at the Atomium.

Sunday’s demonstration focuses on the request for the impeachment of the government. The organization again expects thousands of participants at this national demonstration. Last Sunday, a corona march, the European manifestation for Freedom, also passed through the capital. There were 50,000 participants. At the end of the demonstration, violent riots broke out in the Cinquantenaire Park,.