A lot of nuisance but little frustration in Brussels-Central 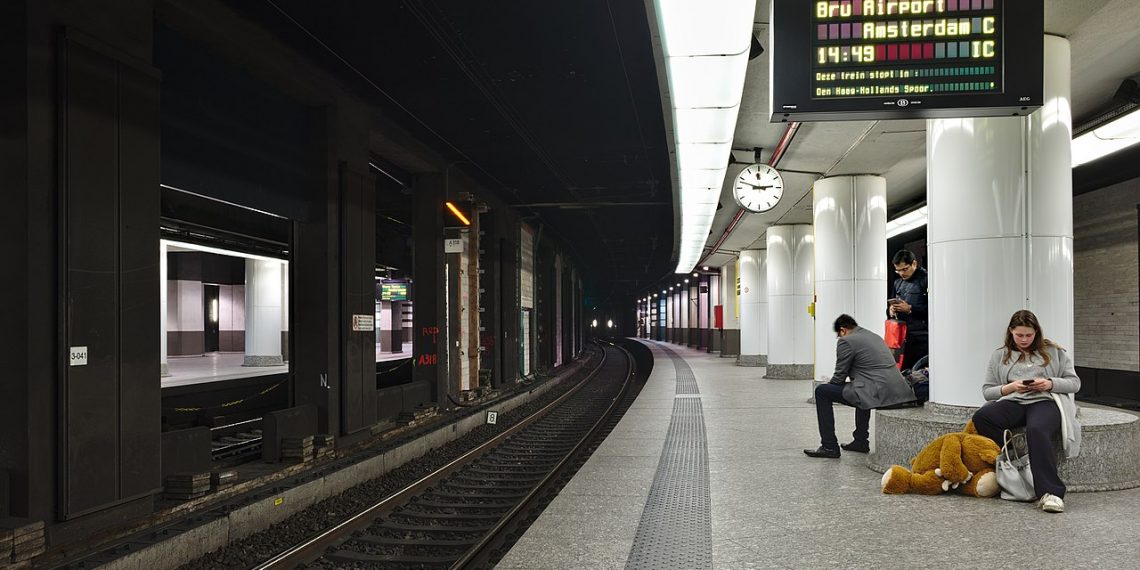 BRUSSELS (Brussels Morning) – Storm Eunice is raging through the country and has been officially a Belgian storm since this afternoon. Transport company NMBS had already announced that it would suspend all train traffic in Flanders between 2 pm and 6 pm. For the time being, this will not result in masses of stranded travellers at Brussels-Central station. If you don’t have a train, you wait or look for an alternative to get to your destination.

“There are no trains from Brussels to Flanders and there is a lot of nuisance towards Wallonia,” says one of the NMBS employees who informs the travellers in the entrance hall of the central station. Meanwhile travellers to Flanders wonder whether they will still get to their destination. “I get questions from all kinds of travellers, in French, Dutch and English. People who have to travel to Zaventem airport also have questions.”

Jaak has just finished a working day at Bozar. He commutes towards Tournai. “My train is not on the screen yet, so I hope it will run. And if it doesn’t run, you have to wait,” Jaak takes the situation understandingly. “I can’t go on foot and my car is parked in Silly. But after 7 pm it will be better. I’ll get home tonight,” he concludes.

Travellers inconvenienced because of poor communication

Smartphones in hand and eyes on the announcement screens, Charline, Ariane and Vivyane try to plot their route. They have to go to Schaerbeek, Gembloux and Leuven. “Not obvious,” they say. “Nothing has been announced and the information in the app doesn’t match what’s on the signs.” Charline does not know if she will be able to take a train at all. “Fortunately, my parents work in Brussels, so in the worst case scenario they can give me a lift.”

There are still trains in the direction of Wallonia, although they are heavily delayed. Dorian and Xavier, who commute together towards Mons, thus reach their destination, although they regret that the NMBS has only communicated very late: “We only received a message from the NMBS around noon. Our employer also indicated that we could leave.”

Both work for the judiciary. “Both the clerk’s office and the public prosecutor’s office have to be manned until 4 pm and with half of the colleagues working from home, we couldn’t return home earlier.” They are not the only ones to criticise Infrabel’s late communication.

Unfortunately, not everyone understands Infrabel’s decision not to run trains between 2 pm and 6 pm. “I think people are exaggerating a bit. There is hardly any storm here in Brussels, is there? The sun shines. I don’t think trains should be cancelled for that,” says traveller Jos.