“A Hero”, the movie that marks the triumphal return of Asghar Farhadi 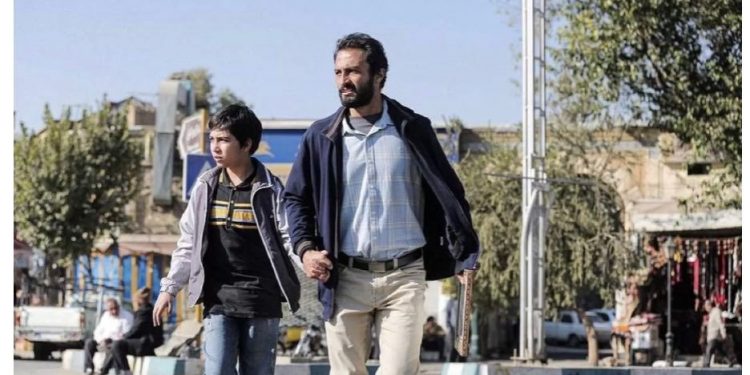 Rome (Brussels Morning) Recently shortlisted among best foreign films for the Golden Globes, an award-winner at the Cannes Film Festival, and a candidate for multiple other awards and grants, Asghar Farhadi’s movie “A Hero” has now been released in the cinemas. After years of absence, the prolific Iranian director has returned to his native land. In the interim, he completed a number of projects, many of them films that, admittedly, weren’t always among his most exciting work.

In its infinite narrative simplicity, the story of Rahim Soltani (a seemingly placid character performed by the charming Amir Jadidi) is transformed into the universal paradigm of twisted human and social psychology that can be found frequently in the Mediterranean and Middle Eastern culture.

Crushed by debts resulting from a clumsy and overly ambitious investment, a failed marriage, and trying to cope with a son afflicted with a speech impediment,  we meet Rahim on his two-day leave from prison, where he is being held on remand. He is soon to be denounced by his irate brother-in-law, who served as guarantor for the disastrous loan. In the 48 hours of freedom ostensibly granted to enable him to spend time with his loved ones, Rahim also attempts to enjoy the company of a new and secret lover. All of this build-up leads our protagonist to seemingly slip into a dramatic spiral that is to prove more harmful than imprisonment.

A simplified plot for a universal paradigm

When his young lover comes across a bag containing a stash of gold coins sufficient to pay off part of his outstanding debt, Rahim opts to renounce keeping the fortuitous find secret and foregoes whatever opportunity it might afford him to extract himself from the hole he has dug for himself. Instead, he chooses to give up his chance of redemption by seeking to return the coins to their mysterious but rightful owner.

His self-sacrificing gesture is widely hailed especially by the prison officers who, having attempted to cover up a series of recent jailhouse suicides, are only too happy to distract attention from their own predicament with a good news story. Word quickly spreads and the tale of Rashim’s virtuous deed becomes more widely amplified, in the process transforming him into a modern hero, an exemplar of virtue and good conscience.

Initially awkward, albeit blessed with an overwhelming smile, Rahim soon yields to the flattery of television, the incessant interviews, the charitable associations that offer him help and financial support, plus, above all, the dawning realisation that he now has a real chance of redemption. That is until the unexpected yet always lurking reversal of fate emerges to inexorably destroy his social and personal destiny.

The failure to find the bag’s true owner, and the rumors that begin to circulate on social networks, subject as they are to various manipulations and media distortions, begin to undermine the certainties of Rahim’s stalwart supporters until they reverse themselves completely only to become his greatest detractors. And for those of us viewing the two-hour film, something similar occurs as our own certainties about his character are challenged and begin to falter and our hopes, fears, and empathy are replaced with doubts about Rahim’s good intentions and integrity.

Helped once more by his partner and family, Rahim undertakes a seemingly futile yet stubborn attempt at public redemption but it is a cure that proves worse than the disease. From being hero of the moment to being condemned to suffer perpetually, Rahim exemplifies the perfect manifestation of contemporary Neorealism. His plight is reminiscent of the poignant story of Vittorio De Sica’s “Bicycle Thieves”, indeed almost to the point of being its putative heir.

Disturbingly and tellingly, the natural and fluid narrative of moviemaker Farhadi highlights the flaws of a political system and a questionable media and bureaucracy that is both controversial and to be doubted in its abuse of power as it discredits the value of individual human life. By the end, it seems the movie’s point is that the return to prison, initially despised by Rahim, may offer the only possible escape for freedom.