A Berlin view on the future of the Minsk Process 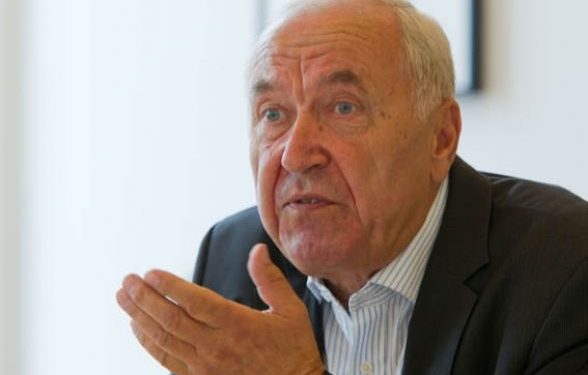 (Washington – Brussels Morning) Not long-ago Belarus played a key role in brokering a ceasefire agreement, which thus far has been the only effective conflict management process between Ukraine and Russia. This was known as the Minsk Process. The question now is whether the destabilisation of Belarus calls into question conflict management efforts in the wider region Russia regards as “the Near Abroad.” To Address this question, Ambassador Japaridze talks to Dieter Boden, the former German Ambassador to the OSCE in Vienna from 2002-2005.

We all remember recent events in Belarus where rigged elections triggered off a severe crisis. This rings a bell concerning another hot spot in the post-Soviet space — the conflict in the Eastern Ukraine. Here we have the Minsk process as a concept for conflict settlement, a concept which proposes elections in the secessionist Donbass region as a key element for a solution.

On behalf of the EU, Germany and France have adopted a role as main propagators of the peace process. After the Belarus fiasco there are those who say that the Minsk process is doomed to failure. I beg to differ.

First, each conflict case should be judged by its own specifics. In this regard, there is obviously a difference between Belarus and the Eastern Ukraine. And second: as of now, the potential for a peaceful settlement in the Donbass seems not yet exhausted.

The issue of elections is still on the negotiating table, awaiting application by the conflict sides. It would be premature to shut the doors and cry failure. Chances should be used resolutely. Any other approach would be defeatist and set a bad example for ongoing peace processes elsewhere.