A 6 January commission is difficult but necessary 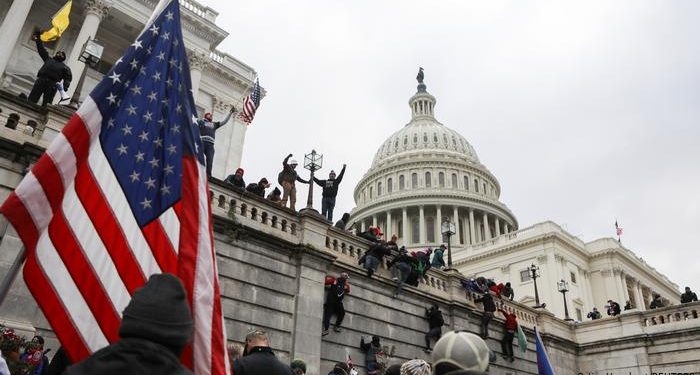 New York (Brussels Morning) Beginning in the final months of the Trump administration and continuing into the early days of Joseph Biden’s presidency, there has been increasing discussion of some kind of transitional justice process to explore the crimes and corruption of the Trump administration. These calls accelerated when on 6 January, Trump supporters, incited by a disinformation around the election and a speech given Trump himself on the day, violently stormed the Capitol seeking to disrupt the certification of Joe Biden’s victory.

Since those events, and following the acquittal by the senate on related impeachment charges brought against Trump, the Speaker of the House, Nancy Pelosi, has called for a commission to determine what happened that day, who was responsible and how we can ensure it never happens again. This is a good and necessary proposal, but it also raises a lot of questions and challenges. It also should be noted that while the insurrection is the most proximate of misdeeds from the Trump era, there are other things, including Trump’s murderous mishandling of the Coronavirus pandemic, that probably merit some kind of transitional justice process as well.

The 6 January commission will likely be modeled on the 11 September Commission, while some have called for an investigation modeled more on the kinds of truth and reconciliation commissions that have occurred in post-authoritarian countries like South Africa and Chile. While both of these templates may be appropriate, the challenges are much greater than simply establishing a commission.

The US is not a country that has just experienced a terrorist attack from outside forces that unified the country, as was the case in 2001. Nor is it a post-authoritarian country trying to determine how best to move forward like South Africa a quarter century ago. Rather, it is a deeply divided polity seeking to investigate an event, and indeed a larger period of democratic rollback, around which there is no consensus and which remains a deeply partisan issue.

Although many Americans are angry and concerned about the 6 January insurrection and the threat to American democracy that was the Trump administration, a sizable minority of the people, and a corresponding proportion of our leadership, see it very differently and rather than hold Trump responsible for the insurrection, continue to support him.

Because the commission would seek to probe the conduct of a partisan official, Donald Trump, and those who enabled him and participated in spreading the false story of that the 2020 election was stolen, the findings of the commission will be dismissed by the roughly 40% of the country that still supports Trump. Those Republican loyalists will use terms like “hoax” and “witch hunt” to deny the reality of what Trump did, just like they have so many times over the past five years. Thus, there is a real danger, even likelihood, that the findings of the commission, regardless of how thorough or fair-minded it is able to be, will simply push many Americans, and many of our elected leaders, back into their political corners.

The absence of a consensus that the events in question merit an investigation into the insurrection of 6 January are an obstacle to the process, but to let it preclude any commission or investigation would be to grant a victory to those who seek to minimise the insurrection. Accordingly, finding a nonpartisan way to probe the role of a former president who is still extremely popular in his own party is the essential conundrum facing the Speaker; and her success in this endeavor is important for anybody who believes that we need to learn more about the insurrection and why it occurred.

This task is difficult, but not impossible as there are some steps that can be taken. In order for the commission to succeed, it will have to draw on the expertise and reputation of commissioners who are respected through much of the political spectrum. This means looking beyond politicians and identifying commissioners from the clergy, retired military, public intellectuals, business, labor and the foundation and NGO communities and following up with an intensive communications strategy that, among other things, highlights the participation and support of conservative commissioners.

Another, less intuitive, way to thread this difficult needle is to deemphasize Donald Trump. The House impeachment managers made the case against Donald Trump for his role in the insurrection about as powerfully and compellingly as possible. There is not much that can be done, at least for the moment, to change the minds of those who opted not to believe them. However, there are many questions that focus less directly on the former president and, when answered, will give us a better sense of what happened, how deep the complicity with Trump was throughout the government, the ties between the Trump administration and far right extremists and the extent to which conservative media and others nurtured the disinformation campaign that made 6 January possible. Addressing these issues can provide a blueprint for how to rebuild faltering institutions and ensure that nothing like the insurrection on 6 January can happen again. The findings will inevitably reflect poorly on Trump, but this approach will not require a highly Trump-centric commission.

Investigating the events of 6 January in the current political climate is a necessary step for America to move forward and begin the arduous process of strengthening our democracy. The Speaker of the House has done the right thing by calling for a commission. Making that commission effective and successful may prove to be one of the toughest challenges Nancy Pelosi, one of the smartest congressional leaders in modern American history, will confront.