5 bizarre foods from around the world 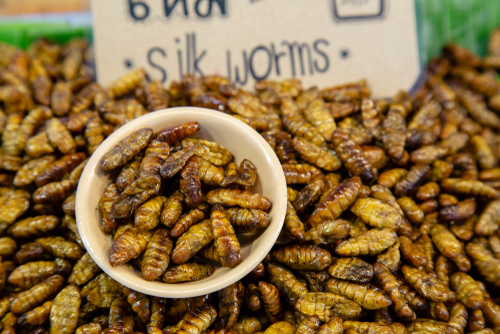 Brussels (Brussels Morning) There are certain foods that, no matter how much one prepares with care and joy, will likely get rejected by many palates. These include the likes of the heads of prawns or the unattractive Galician lamprey, to name a few.

Delicacies for some, but something inconceivable for others, like everything in life (and even more so in gastronomy). Everything depends on how we look at them.

Here are 5 rare foods from across the globe that will make more foodies think twice before they try them!

Shiny orange on the outside, terrible on the inside! This fruit is of African origin with an angelic appearance of a tulip.

Despite the exoticism of its external appearance, this fruit can only be eaten when it is really ripe. If ingested earlier, it can cause death. In Jamaica, it is used in one of their most typical dishes with cod and hot chili peppers.

Chinese cuisine gives us many joys, but also many rare foods. And, of course, some dishes may seem harder to eat than others.

Duck tongues, for example, are considered a real delicacy in China: which is either fried, like a skewer, or cooked. For someone who is newly introduced to this dish, however, it’s fair to say they’ll not be as open to trying it like a pizza.

It sounds like a Spielberg movie, but carnivorous plants have more uses than to scare the viewer when they least expect it. The so-called nepenthes are carnivorous plants that are found in great numbers in Australia, Borneo, Sumatra and Guinea.

These curious sack-shaped plants secrete very sweet nectar that attracts insects, which sadly are trapped and devoured inside. The funny thing is that, in Borneo, they dry these bags (Nasi Periuk Kera) and fill them with rice. Then they cook that jug and enjoy it with coconut juice.

This is one of those rare foods that could be considered a delicacy of Japanese gastronomy, a culture that never ceases to amaze us.

The difficult thing about assimilating such luxury is knowing that it is a pufferfish vesicle, more specifically, the semen of the fish named Fugu. Its gelatinous and whitish texture does not help either. It is usually accompanied by sauce or seaweed and can be eaten raw or fried.

Sannakji is a type of Korean delicacy where the octopus, from whose name the dish is called, is eaten, well, alive. Diners “catch” it and chew it while the octopus is still alive!

However, special caution is advised when eating because the suction cups can stick and suffocate you. It can be eaten “whole’, in pieces or on a skewer.