40 months in jail for a teacher who abused children 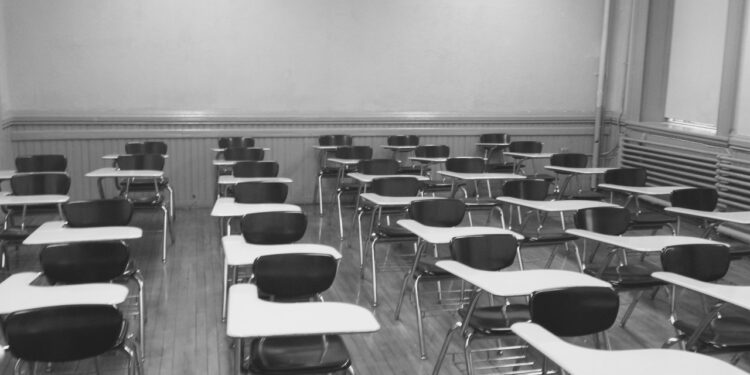 BRUSSELS (Brussels Morning) – In Brussels, a 27-year-old teacher was convicted of the sexual abuse of more than twenty children between 2014 and 2019. He worked as a trainee teacher, among other things, in a school in Molenbeek-Saint-Jean. The man was given a 40-month suspension sentence.

The defendant is said to have acted through the same modus operandi each time. He followed his victims, boys between the ages of six and 11, to the bathroom and asked the children if he could come in. After this he abused them.

In October 2017, the parents of a victim from a school in Frasnes-lez-Anvaing, near Tournai, lodged the first complaint. The police questioned the man in June 2018, but he denied all the accusations.

He then committed similar acts in a school in the Brussels municipality of Sint-Jans-Molenbeek.

A second complaint followed in February 2019, after a boy told his mother how the teacher had stroked him in the toilets.

The defendant was arrested on May 8, 2019, but was released on conditions. He has admitted to committing the abuse and says he “made a mistake” and “ashamed of it”.

In the psychiatric examination, the defendant was called a “pedophile in the exploratory phase”.

According to the psychiatrist, he poses a social danger to minors and may evolve into an even more serious form of pedophilia.

During the trial, the lawyer for one of the families said that three years after the accusations, his client’s son is still very reserved and fears contact with adults and in particular with men. In addition, the boy has become very prudish and shy. For example, he no longer wants to go to the swimming pool with his classmates.

The prosecutor asked for a prison sentence of four years, possibly with probation postponement, and criticised the “egocentric” discourse of the defendant who claimed that he himself is a victim of a sexual deviance that he himself never wanted.

The defence, in turn, asked for the man to be kept out of prison so that he could continue his trajectory with the sexologist, as well as training for a new profession in which he does not come into contact with children.