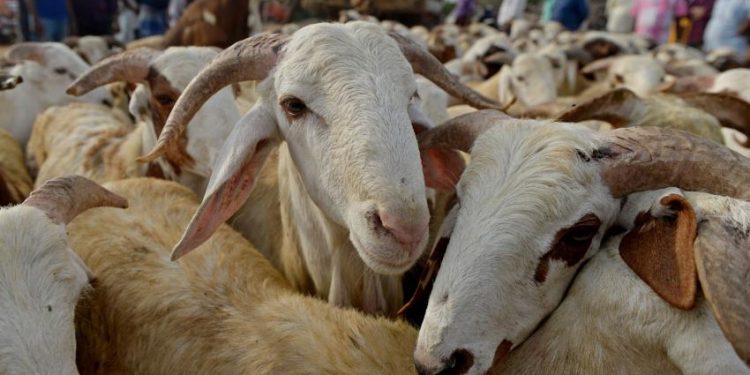 Around 3,000 sheep sent back from Saudi Arabia by ship to Sudan have died of hunger and thirst according to a Sudanese government minister. Some drowned on the voyage.

Saudi Arabia returned 58,000 sheep to Sudan after finding out that quarantine procedures in Sudan had been compromised, leaving some animals without vaccination against diseases including Rift Valley fever.

Sheep are brought over from western Sudan to the Port of Sudan in the east of the country and held in quarantine before being exported to Saudi Arabia. While there they are vaccinated against three diseases; HS (Hemorrhagic septicemia), PPR (Peste des petits ruminants) and Rift Valley fever.

Sudan’s minister of animal resources, Dr Adil Farah said the quarantines had been broken, with some animals replaced.

“We have problems in our quarantines in some of the states, especially in eastern Sudan in Kassala and Gadarif states,” he said. “The animal quarantines are open so some of the exporters are cheats and might have got inside the quarantines after we vaccinated the animals and replaced some of them – that’s the problem.”

While the sheep were still on board, waiting to be returned to Sudan, thousands of the animals died after drinking saltwater from the Red Sea.

“The losers in this process at the end are the small producers in the western parts of Sudan where most of the cattle come from,” said Farah.

Live animals are one of Sudan’s most important exports, bringing in approximately $500 million (£384m) in 2018, according to the International Trade Centre. Saudi Arabia buys more than 70% of its livestock from Sudan.

Late last year thousands of sheep in the country died of similar conditions – hunger and thirst – when Saudi Arabia blocked trade with Sudan following the country’s announcement of an outbreak of Rift Valley fever. The disease had been spreading in the eastern and western parts of Sudan among animals and – to a lesser extent – humans.

Sudan is planning to send the surviving sheep back to Saudi Arabia. But the deaths of the animals has had a huge economic impact on the exporters in Sudan, who are desperately waiting to resume trade.

Livestock exporter Taha Gasim from Omdurman, Sudan, said he had spent thousands of pounds on food, drink and vaccinations for the sheep while waiting for Saudi Arabia to let them go.

The news comes as Sudan announced it had lost 40% of its revenues due to the Covid-19 pandemic.