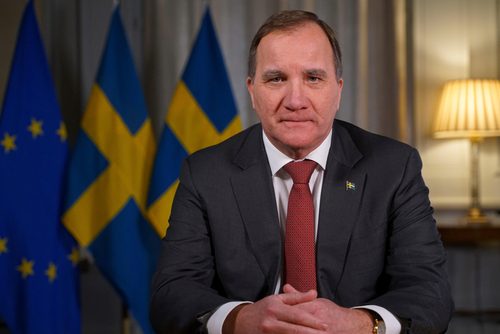 After the 2018 elections produced a divided parliament and four subsequent months of negotiations, Lofven secured a majority for a second term as PM, and went on to head a minority government that was dependent on parliamentary support from the far-left Left Party.

Late last month, Left Party leader Nooshi Dadgostar announced she would no longer back Lofven because of his plans to abolish rent price caps. The far-right Sweden Democrats’ leader Jimmie Akesson called for a vote of no confidence. In a historic first, Lofven was ousted and chose to resign rather than call snap elections, a decision he claimed was made in Sweden’s interest.

Lofven’s resignation paid off, however, when centre-right Moderate Party leader Ulf Kristersson, having failed to gather sufficient backing in the parliament for a right-wing government, had to return the mandate to the Speaker of the Riksdag, Andreas Norlén. He then gave Lofven another shot at forming a new government.

The former PM’s renewed bid to return to power was passed by two votes in the 349-seat legislature. One MP broke party ranks in order to side with Lofven. Although the government crisis was resolved after a month of uncertainty, with all the key players restored to the positions they started from, two — Dadgostar and Akesson — emerged strengthened and emboldened.

Dadgostar has risen in the polls since withdrawing support for Lofven. Her move to ensure that the controversial rent hikes would not be implemented paid off as she won the hearts of the left-wing voters. Akesson, meanwhile, can now boast of having instigated the first successful no-confidence vote in Sweden’s history.