East and West Germany still far from equal in prosperity 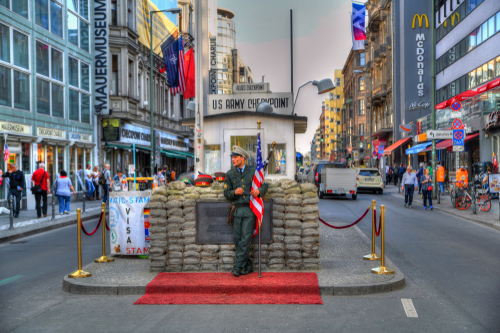 Brussels (Brussels Morning) In the three decades since German reunification, the five eastern German states have made progress in catching up to the economic average of the western states, but a wide gap in terms of their comparative prosperity still exists.

Berlin, which was divided and surrounded by the Soviet-controlled East Germany before reunification, was, until recently, the only European capital with a lower GDP than the nation’s average. The 2020 figures show that the city has finally reached parity with the western states.

Looking at other economic indicators, a wide disparity remains between the assets of German citizens living in the east and the west. An average western household has around 182,000 euro in assets, while an average eastern holds only 88,000 euro, or 48%, in comparison. Back in 1993, soon after reunification, the average eastern family had only 21% of a western family’s average assets, indicating a slow, but significant improvement.
The divide is not only felt in economics, but also in the political views of eastern states. Many older citizens feel let down with the promises of prosperity that followed reunification. This is believed to have contributed to the increase in popularity of far-left and far-right options, such as the Left or the Alternative for Germany (AfD).